Who Are Those Masked Women? 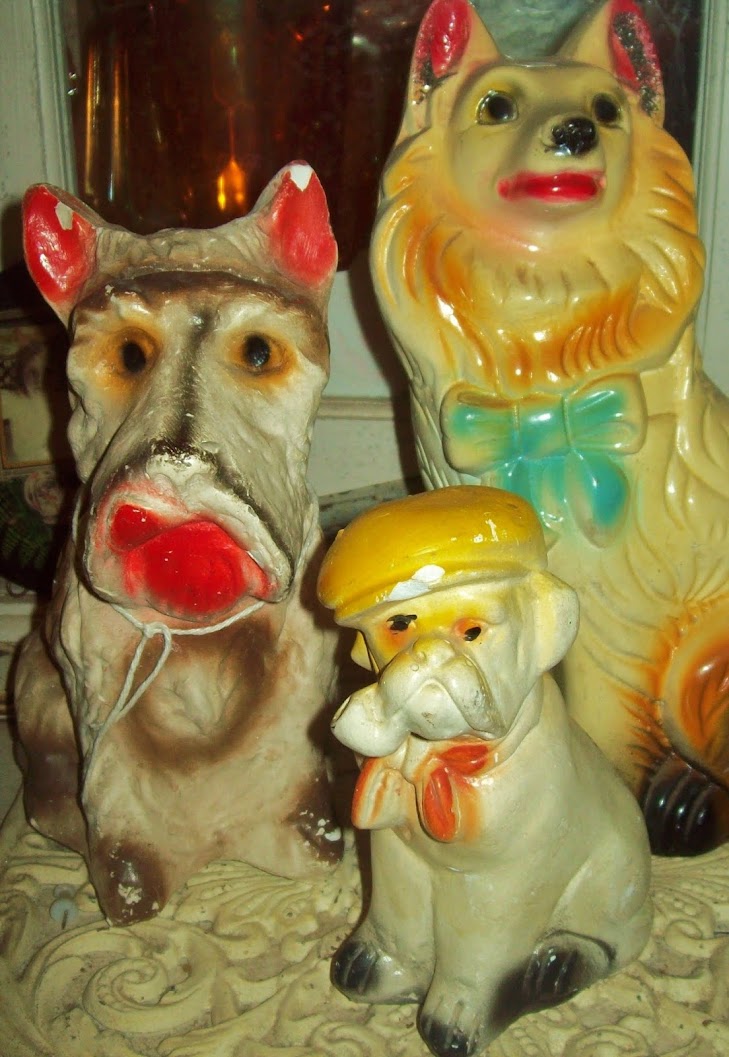 Yep, a Two-Fer Post kinda Day it is!  The Good News is, after just a Day of feeling dreadful after her 2nd Jab of the Vaccine, Princess T felt just fine.  *Whew!*  Kids rebound so quickly and just sleeping the Day away the Day After getting the Vaccine, was sufficient for her to have a full recovery.   *Huge Sigh of Relief!*   There's enough to have concerns about already, so we all want to stay Well and functional! 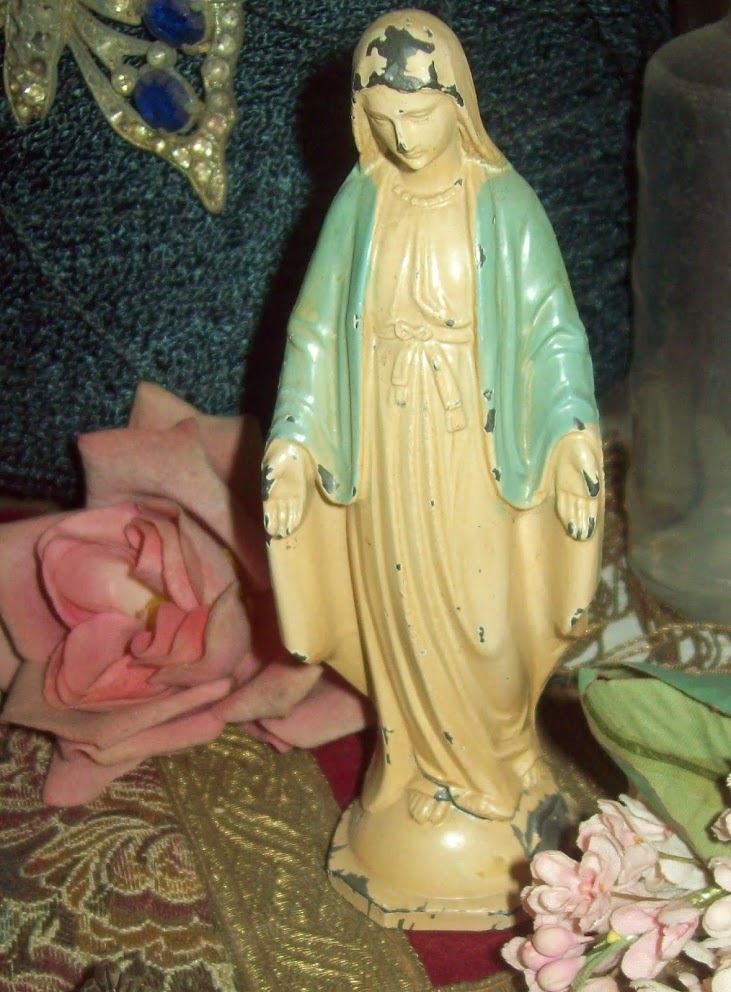 She said the Headache had been the worse part of it, debilitating her.  Her Arm was sore and swollen more than it had been after the 1st Jab, she felt very fatigued and unable to stay awake. Her Stomach hurt a bit, but that was probably from the Anxiety of fearing how Sick she might get and missing too much Summer School?   So, she was back to School and only missed that partial Day during the worst of it, that the Principal had told me she would be excused for. 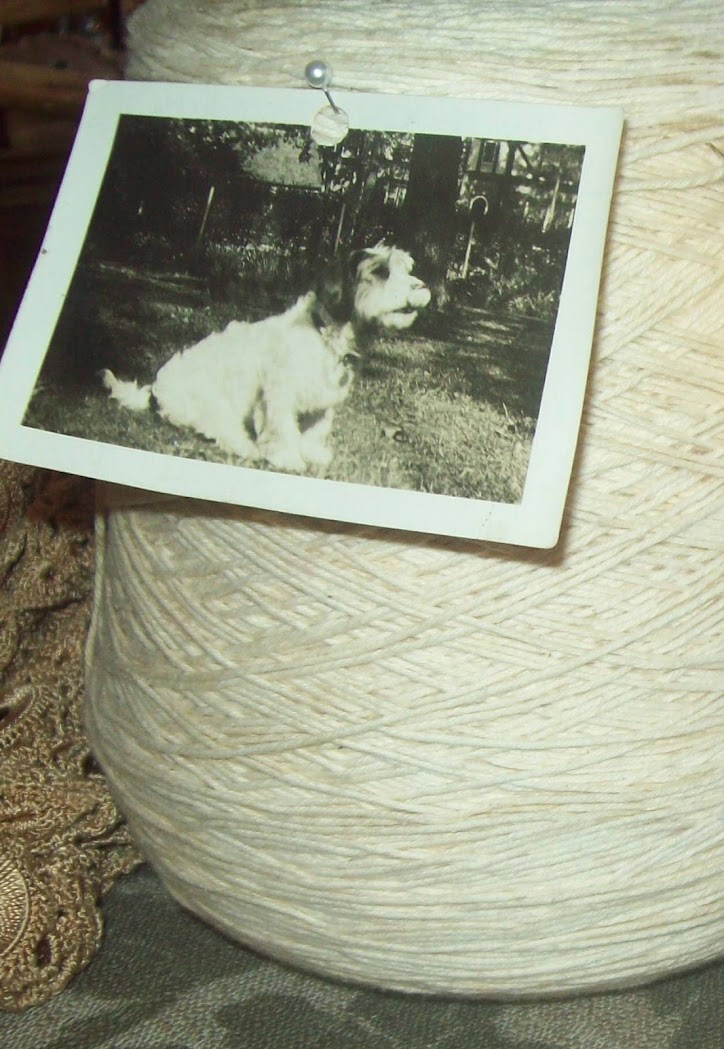 I'm just relieved and glad we're all Double Vaxxed now in this household.  Since the Variants coming out of India and the United Kingdom are some scary stuff that might become the dominant strain here too.   They are said to be much worse than the initial strain, more deadly, more contagious, and those not Vaccinated are going to be at even greater risk than before.   I suspect many more will Die horribly or end up with permanent Disabilities from all of this. 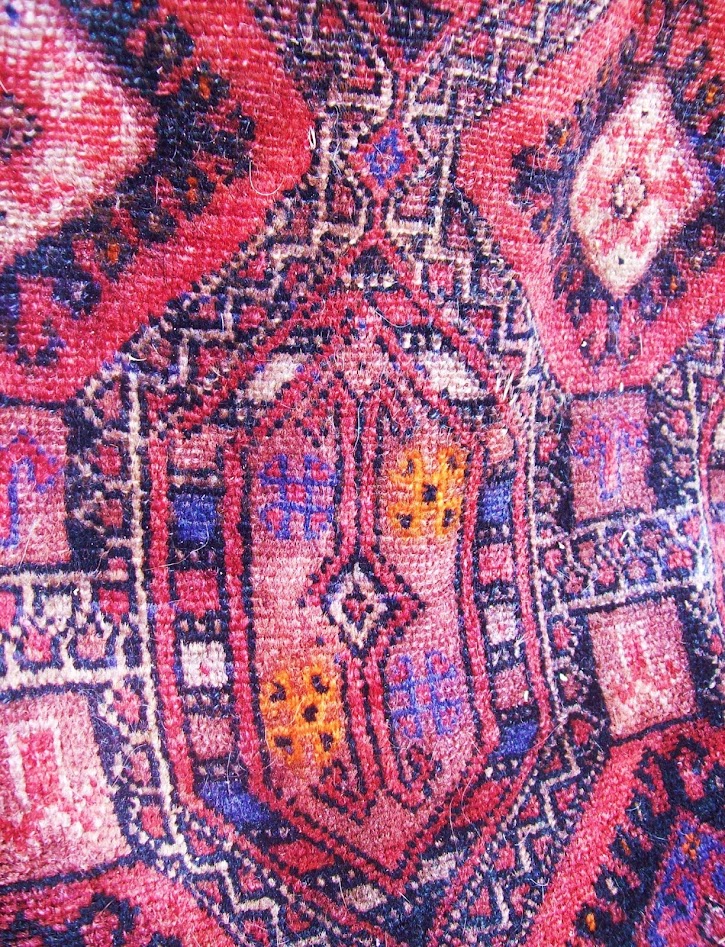 That is not Good News considering that not even half of Americans, no Children under 12, and even higher percentages of people of all Ages Worldwide aren't Vaccinated at all.  We should be concerned, alas, most people are acting like this is all over already... it's NOT!   Just because the Country has grown so Mask weary they're taking them off, means nothing.  We will continue to be wearing ours, even while Double Vaxxed, if we're Inside anywhere but Home, or around people. 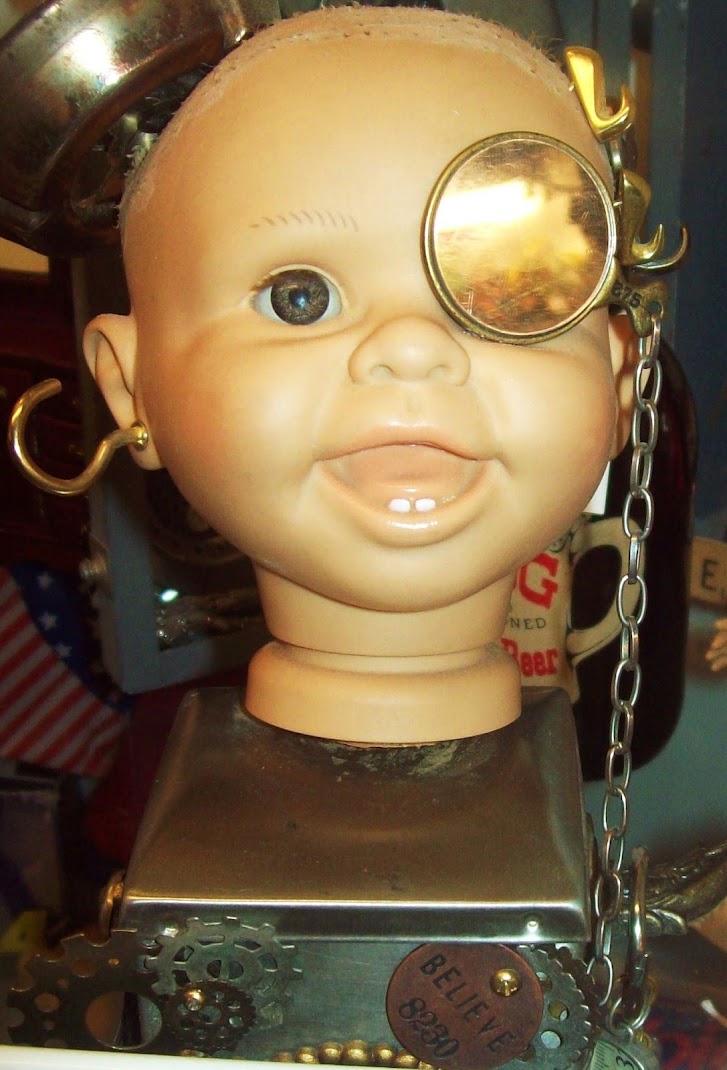 I actually am to where I don't mind wearing a Mask and it's really been Helpful during regular Flu Season.  Clearly it's aided in less transmission of more than just The Rona.  Plus, I looks Years Younger in my Masks, that's certainly a Bonus for an Old Woman, they only see your Eyes!  *Winks*   Even Princess T, who is still Young and Cute, finds it more Alluring to accentuate her Eyes and have some Mystery behind the Mask. 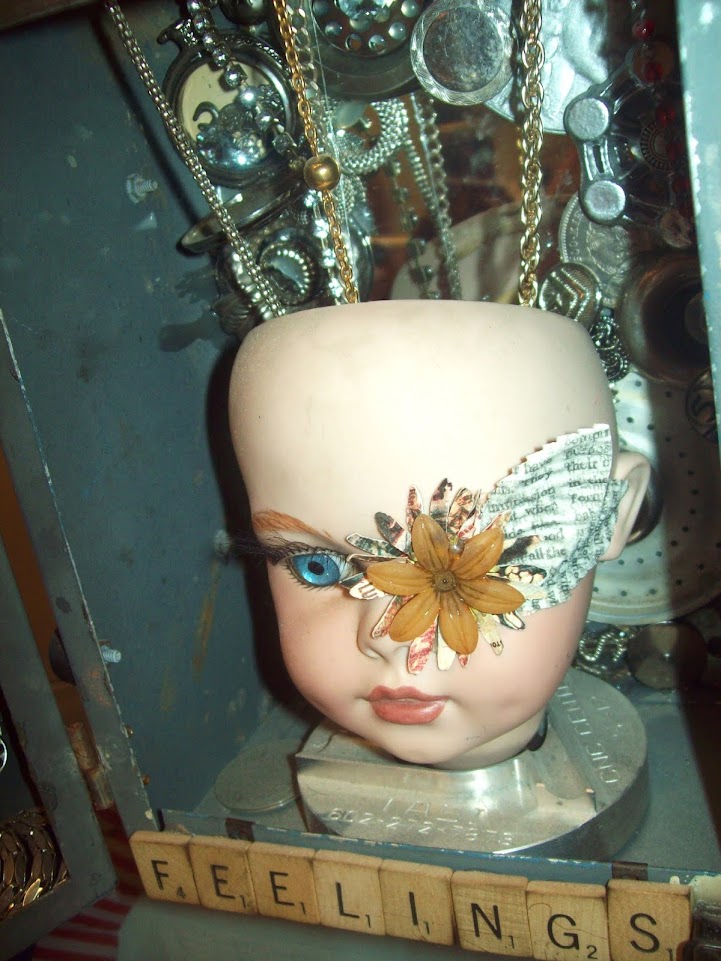 Anyway, we've not been adverse to wearing ours, after we initially got used to it, which did take a little while, since it was something we'd never worn before.   Now it's become another Fashion Accessory and who doesn't like THAT?!   Of coarse in this Family we like Accessorizing... and it has been a Conversation Starter with people asking where we got our Masks that they like. 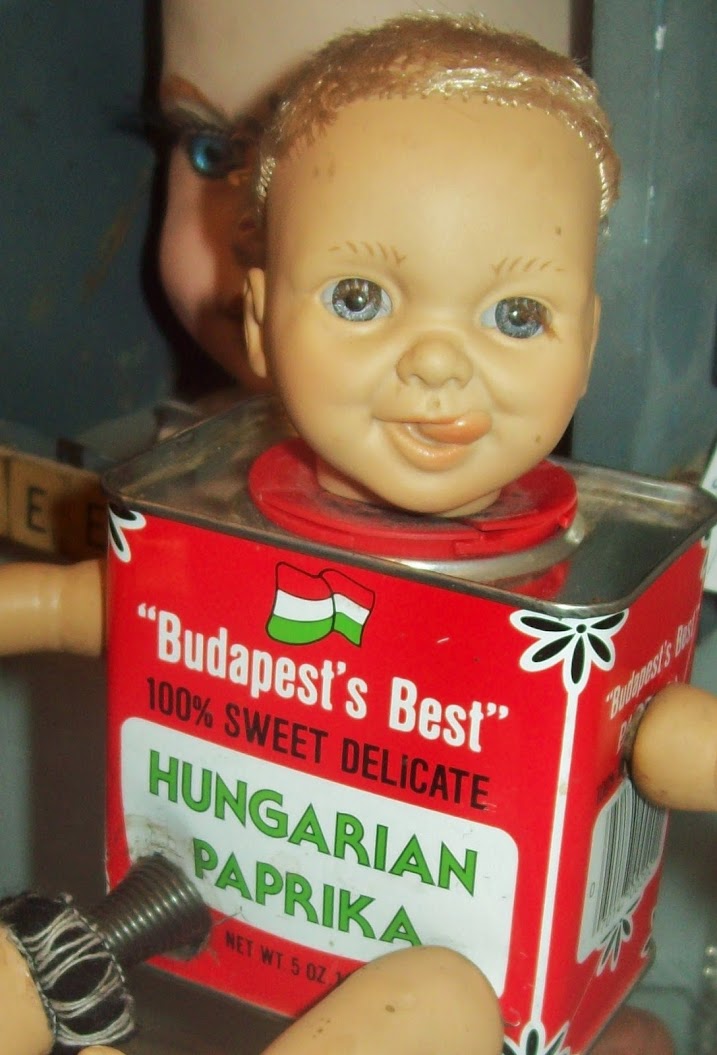 The Man and I always bring our Masks with us, even if we're going to spend most of the Day Outside and by ourselves, which of coarse then we aren't wearing them at all.   So, for us, it's been a split between Pre-Pandemic Life and the obvious Post-Pandemic Life just kind of melding now in a seamless way.   Each Morning, after we drop Princess T off at Summer School, we find some new place to go Aluminum Can Hunting for a couple Hours. 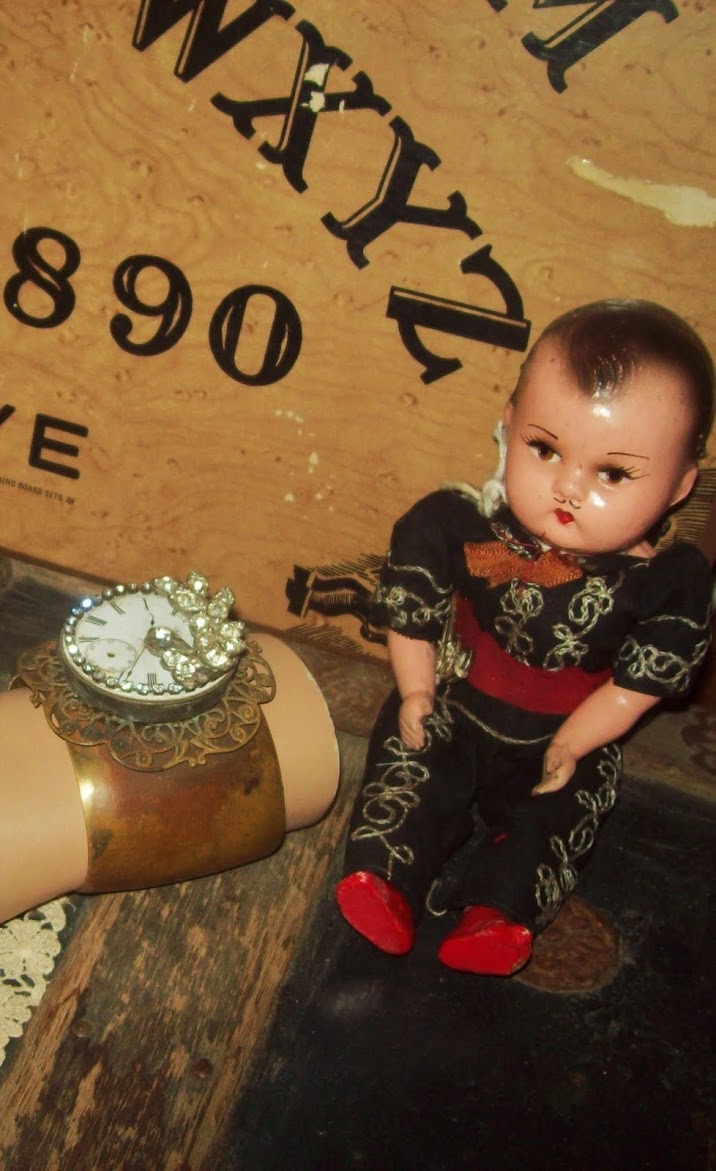 We've never pulled less than 5 Bags of crushed Cans out of wherever we go and sometimes as many as 7.   The exercise has been beneficial and we actually enjoy doing it and improving the Landscape by removing some recycle rubbish the piggish people leave behind everywhere and don't haul out with them.   The Man looks forward to each Morning's destination and choosing what it will be.  Today it was the Desert outside of where Pretentious Subdivision Hell is, where we used to live.  The Uppity Pretentious Party Piggish sorts sure like to drink Cheap Beer... who knew?  *Bwahahahaha!* 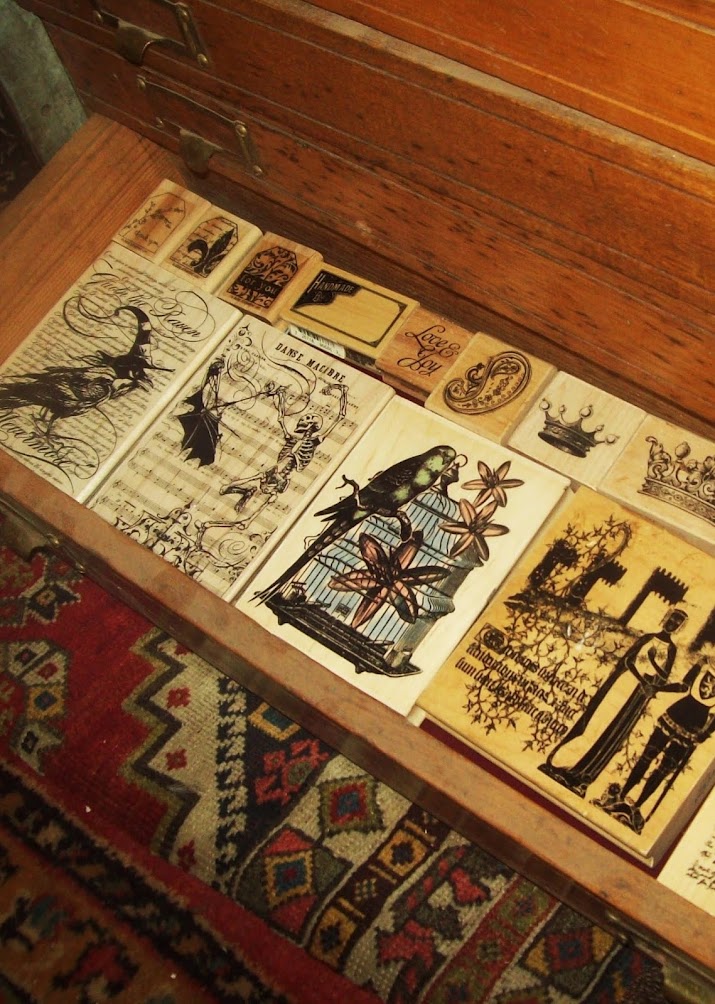 Getting out of the house for part of each Day has been nice, we've been sequestered a lot this past Year Plus during the Pandemic.  Sure, we do Love our New Home and it's a great Space to be in Pandemic Lockdown Extended Stay.  But so much of what we used to do got limited and the Social Isolation became even more profound than it had been in all the Years of Full Time Caregiving!  Mostly because now everyone almost forgot how to be Sociable and have Human Contact agreeably! 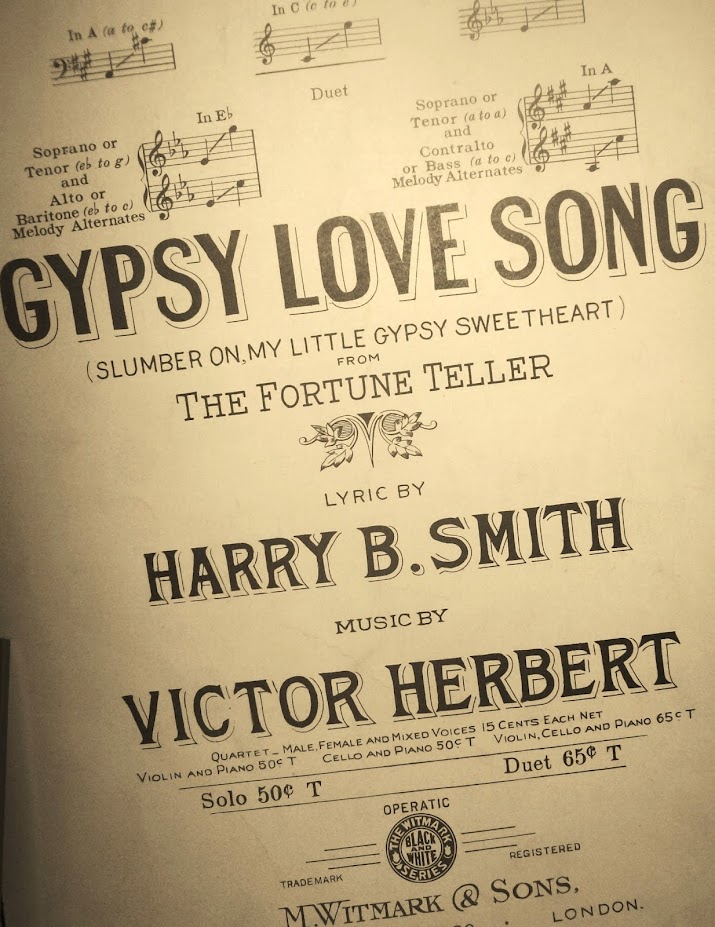 Too much Isolation can do that to people, it really can, they begin to develop Anti-Social Behaviors and reclusive, survivalist Mentality.  I see a lot more Anger and Impatience out there now, people are more Testy, more Guarded, more apt to Lash Out.   Not everyone of coarse, but those who struggle are really evident now and in everyone's Face acting up.   If you leave the house hostile and upset, it's probably not going to get any better once you're around other people in public. 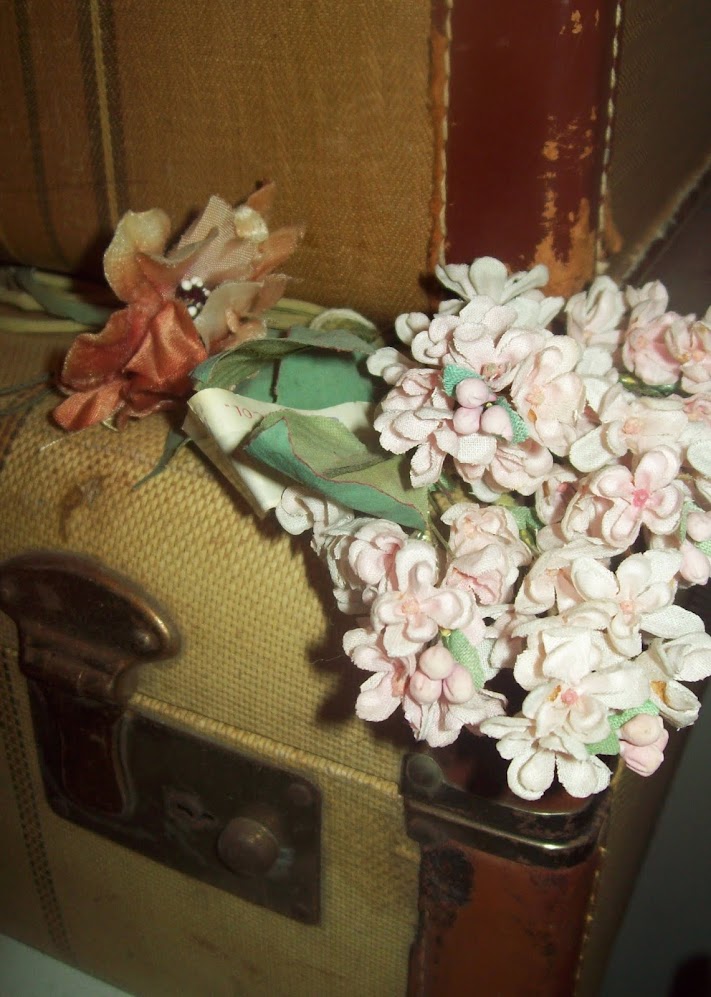 The other Day while Princess T and I were driving back from getting her COVID Shot No. 2, we got behind this Karen in an SUV.   For some reason she kept glaring at us in her rear view Mirror and taking her Sunglasses on and off quite Dramatically so we could see her Angry Eyes.  Well, she did it so many times that it became hilarious to us, since, we weren't doing anything to solicit such a hostile reaction by a complete Stranger.   Finally she began cursing about us in derogatory terms, since both Princess T are adept at Reading Lips! 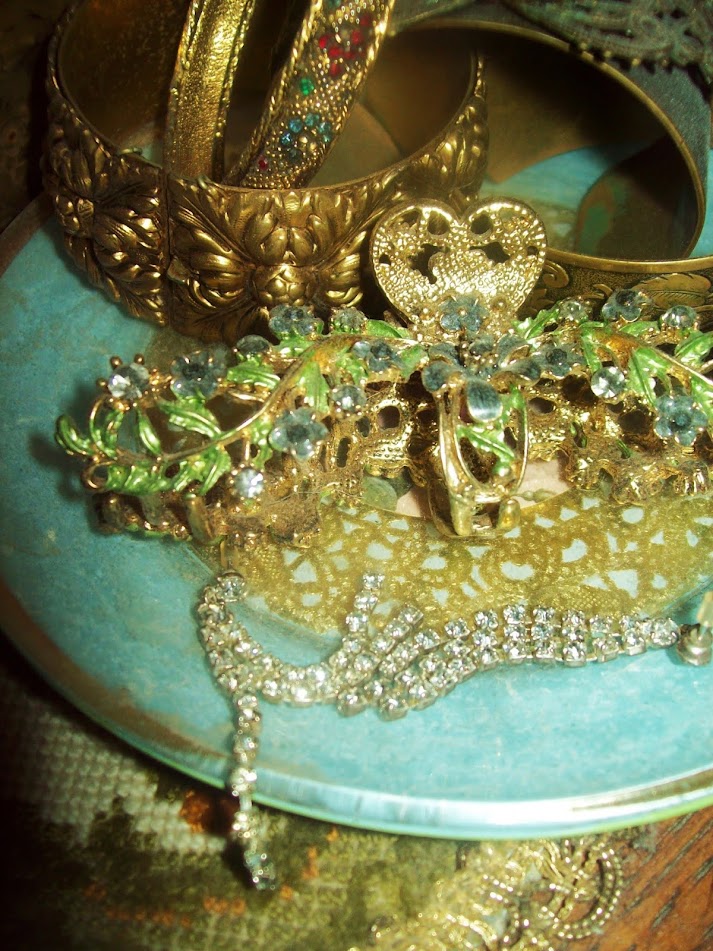 Well, we Laughed all the harder, because she was being so Dramatic with the Sunglasses Routine, so ridiculous, and seemed so Fixated on us!   She was a Middle Aged, bouffant Bleach Blonde, clearly overweight White Woman filled with Anger, with a Nasty Attitude that seemed spoiling for confrontation of any kind.  So Stereo Typically a 'Karen', that's what made it so Amusing to us.  Yes, there was this part of me that reckoned she could be some Road Rage Wingnut about to go off without any provocation.  So tho' traffic was heavy and slow, I finally found the opportunity to NOT be behind her, just in case.  Irrational people can be capable of anything. 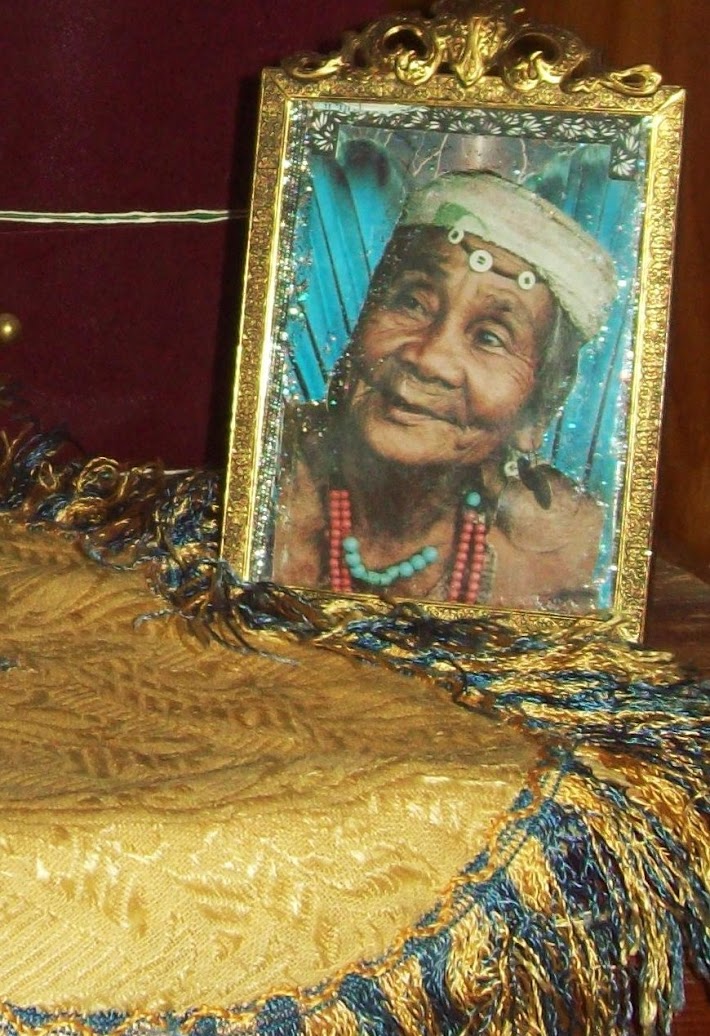 Princess T then asked why some people are like that now tho'?  You know, ever since The Last Administration and The Election, Gramma, things just are worse.   She doesn't even equate it with the Pandemic as much as I do, she thinks the whole ReTrumplican Thing has divided people and our Country so much, to where it's obvious even to a Child.  Not only by their Politics, but by a whole lot else that is very Ugly, especially on The Far Right side of Society at large, who are Acting Up and Acting Out so much now, that it's gotten ridiculous, very irrational and intensely alarming. 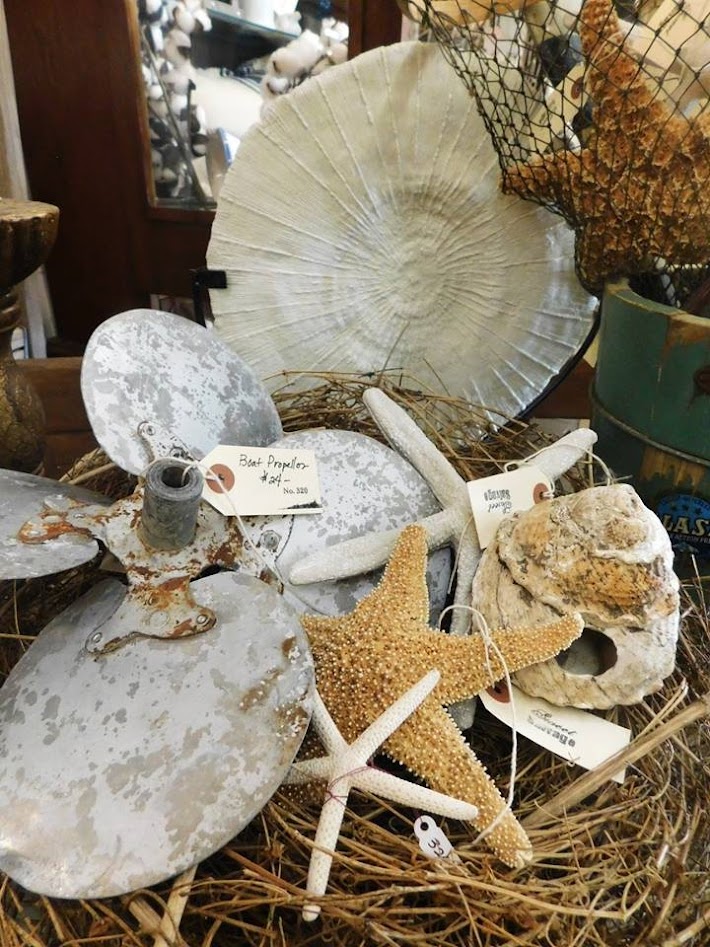 She is observant and Right about that, it's very Polarized and sadly, not getting better.  We are now a Nation Divided, not United anymore.   I would certainly like Unity to be Restored, we'd all be the better for it.  That it isn't looking very likely tho', given the Climate of things worsening all of the time and how deep the division has become.  You can't force Harmony and Tolerance upon those who are Intolerant and refuse to get along and play well with others.  And Yes, to them it seems anyone not exactly like them are 'Others' and apparently a perceived Enemy. 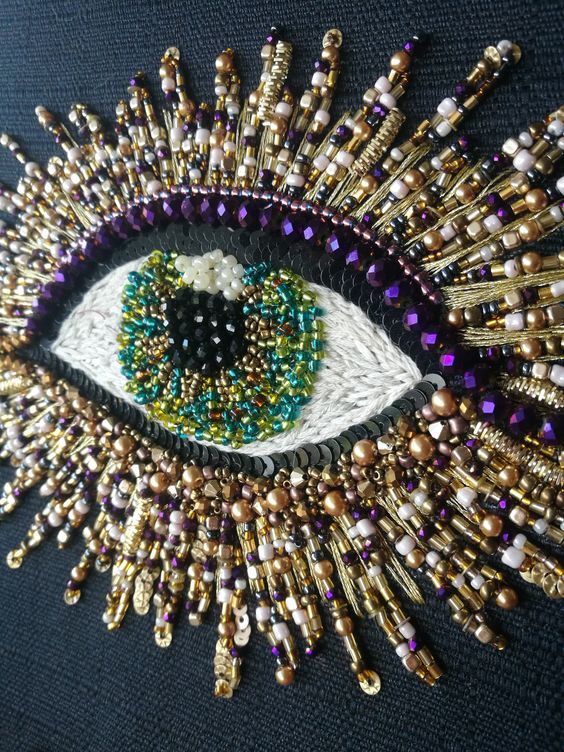 I do Wish I had a Solution, but I don't.  If you're not inherently like that, it's impossible to understand how someone can be like that and hold onto that form of division or even outright Hatred so strongly.   I've never understood it and I doubt I ever will.  Learning to co-exist in relative Harmony with people who will refuse to Change and be better or do better towards other Human Beings is a Challenge we're just going to have to be up to finding Solutions for tho'.  We've only got this one Planet to all try to Share and reside on, after all.   And Sharing is Caring, as I always told our Children. 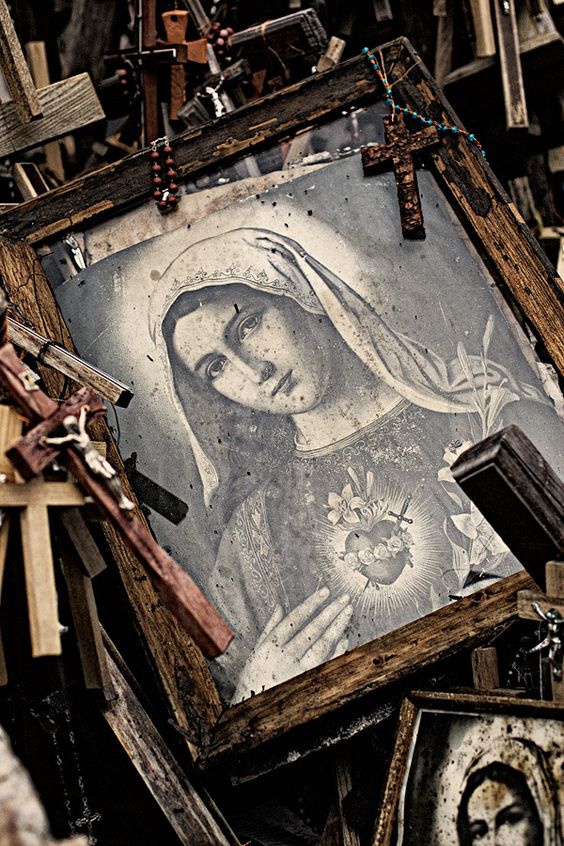 It's in the Sharing of Life that we Connect in the most Meaningful of ways... Dawn... The Bohemian