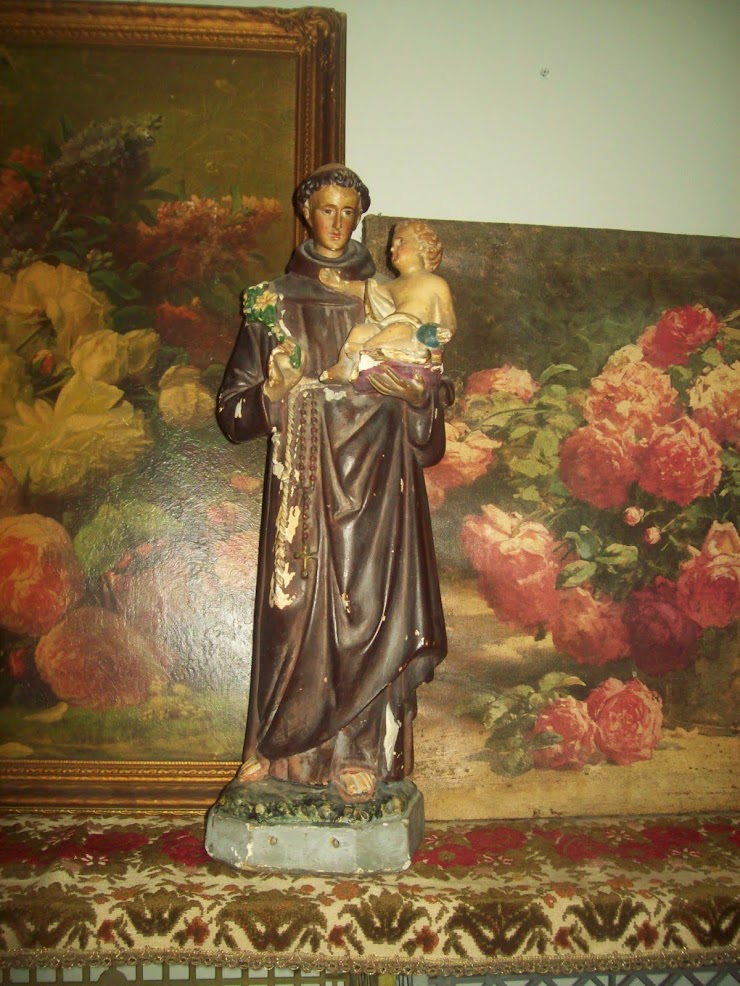 I made another Tower Wall of Old Milk Crates, Four High and only Three Wide this time, due to Space constraints against that Wall.  So, this Unit was built between my Washer and Dryer that came with us from Villa Boheme', and the huge Wooden Work Bench the previous Owner left in the RV Garage.  I realized I had some very unusual Colors of Old Milk Crates from long ago defunct Dairies in Orange and Olive Green. 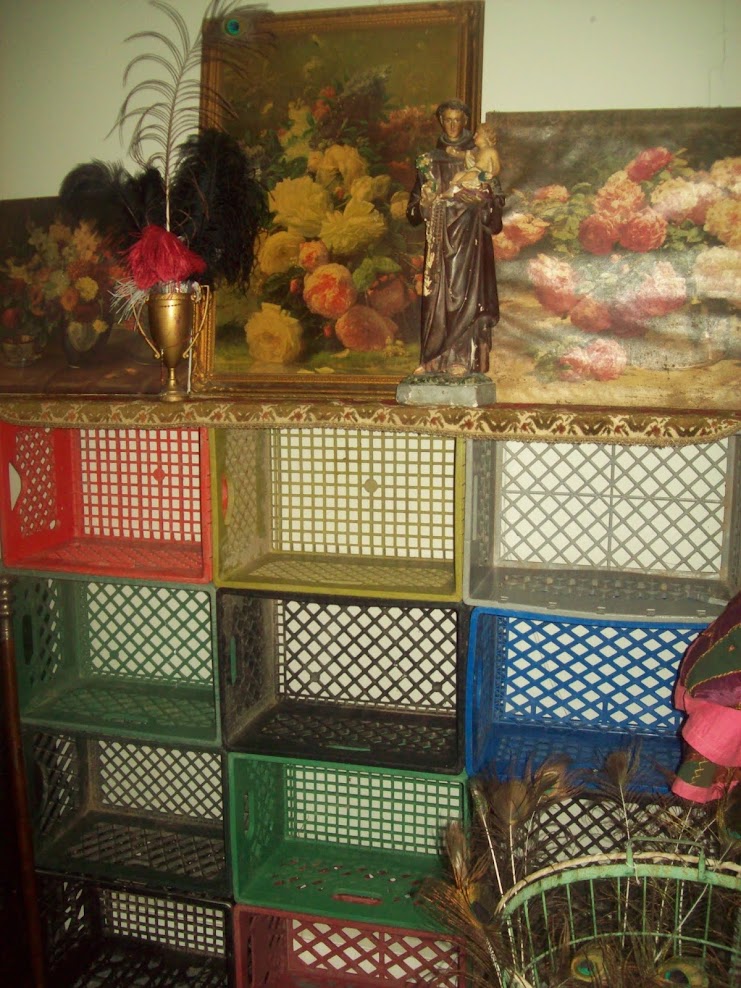 Almost all of my Old Milk Crates came with the Historic Home and had been housed for many Decades in one of the Old Outbuildings.  That Home was completely built of Salvage at the turn of the Century, so I wasn't Surprised that Old Milk Crates gleaned over the Years, along with Architectural Salvage not used on the construction of the Old House and it's Cottages and Sheds were still inside many of the Storage Buildings on the Acreage. 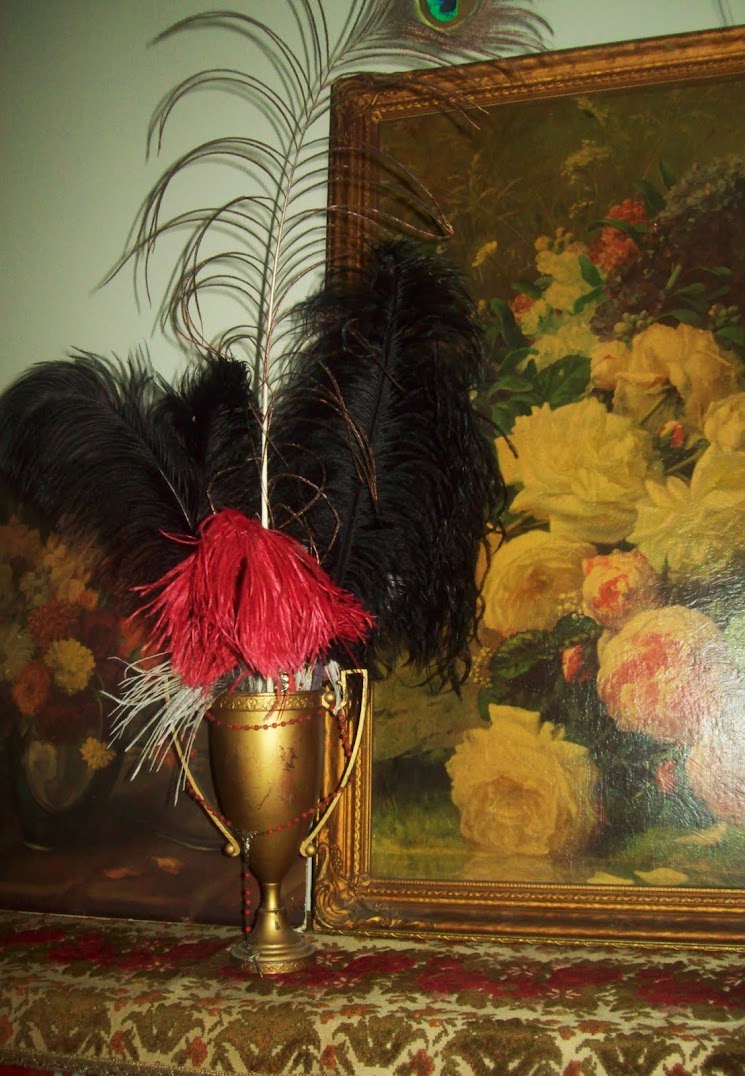 Anyway, even tho' our Days are Heating Up exponentially to almost triple digits already, the Nights and Early Mornings are still quite Chilly, which is Helpful for me to get things done in the RV Garage without sweating bullets.  So, tho' everything is in the early Stages of Decorating and Styling, I want to get the Labor intensive stuff out of the way while I still can.   So, even if the Milk Crate Walls remain mostly empty of Vignettes and Books until everything is unpacked and sorted thru to see what I wanna keep and use to Display there, it's ready to receive objects. 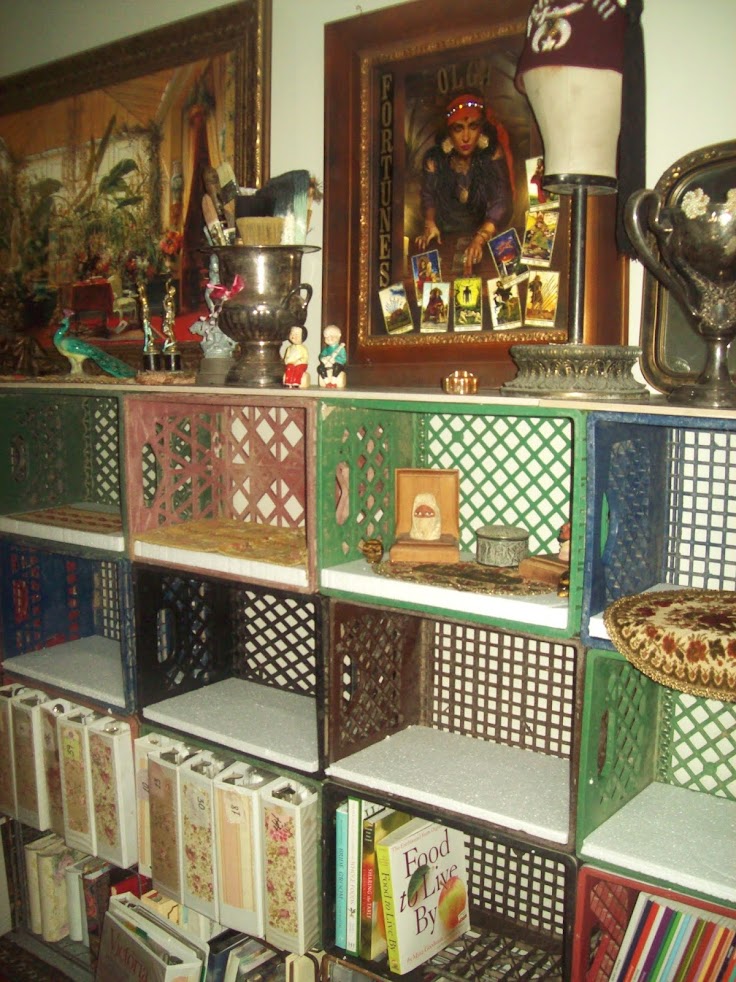 I had this Bright Idea to cut Styrofoam Packing to fit the bottoms of the Milk Crates to make them level for Displaying Objects.  I didn't intend to leave them White of coarse, but completely forgot that Spray Paint melts Styrofoam!  *Ruh Roh!*  Yeah, luckily I tested my Cans of newly purchased Hammered Copper and Hammered Gold Rust-Oleum on a remnant first... and watched it quickly dissolve like Acid had hit it!   Fuuuuuuck!   So, there went my other Brilliant Idea to Spray Paint them in lovely Metallics and Black for Interest, Style and pleasing Contrast.  Dammit!   The Man was the one that reminded me that any Shaker Ball Spray Paints would have corrosives in them... but I had to find out for myself, Right?  *LOL* 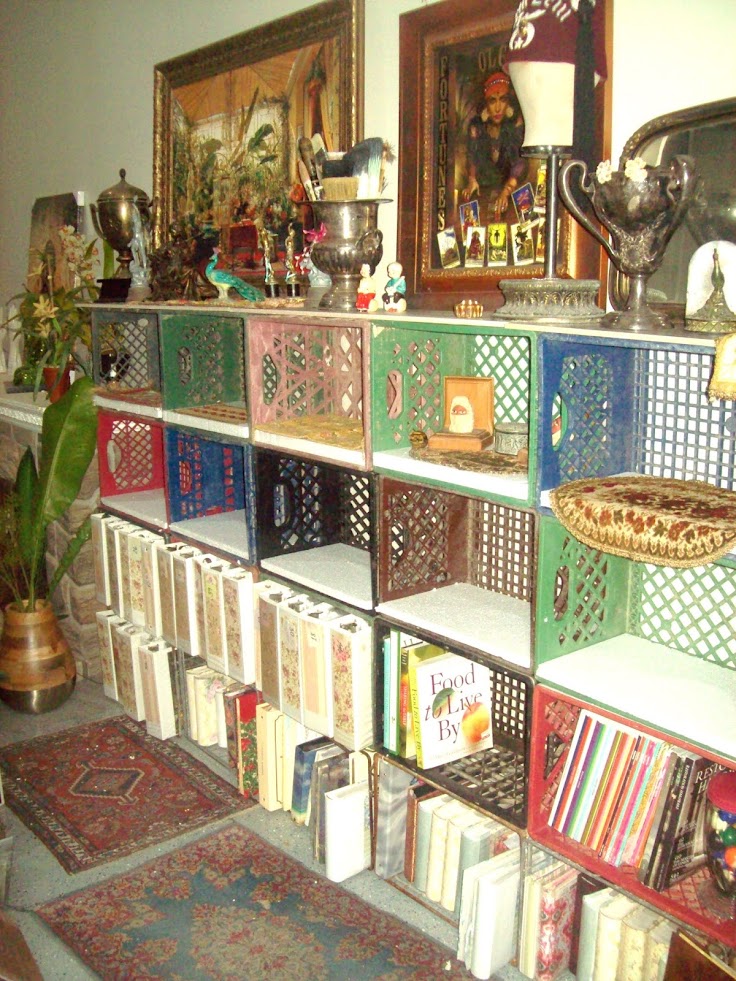 After all, I'd Googled some shit Online and some had said it could be done!   Don't Believe everything you Google Search Online for Advice, Word Up.  *Winks*  Sure, some queries actually had evidence they'd successfully Spray Painted their Halloween Styrofoam Tombstones Blackish-Grey, but perhaps they pre-treated the Styrofoam and forgot that part?   I had read another query that said if you painted a layer of Glue on the Styrofoam you could then Spray Paint it successfully, but just the thought of me, that much Glue, and mebbe not even guaranteed Success didn't Appeal to me.  *LMAO* 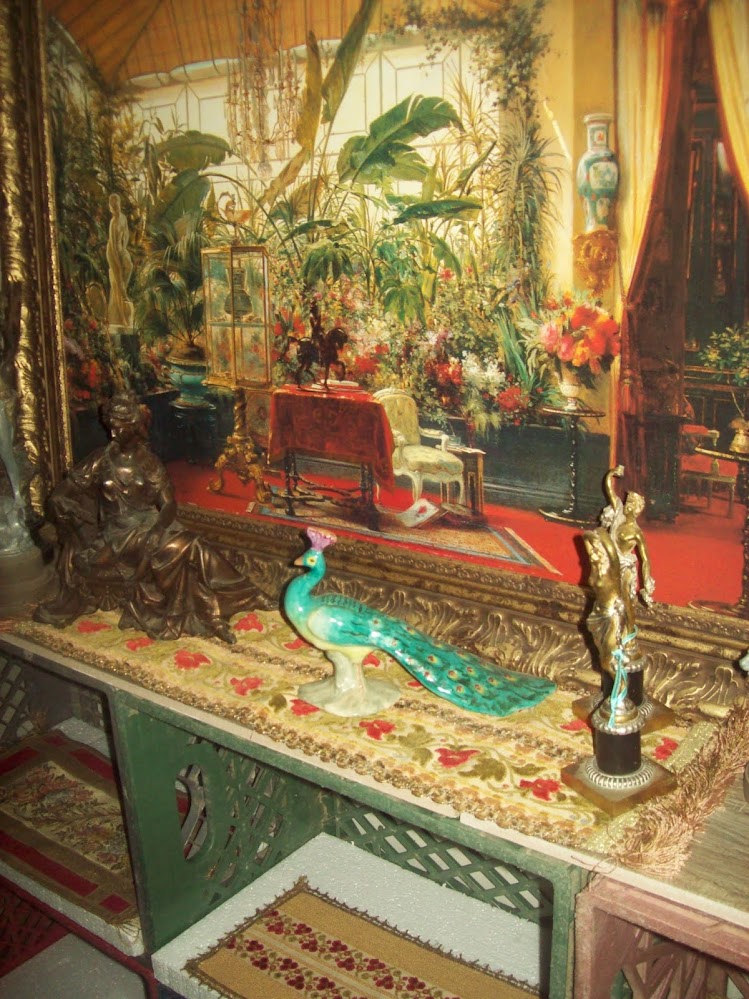 Where the Books and Photo Albums go doesn't even need Styrofoam to stabilize the Display of them.   And... small Blog Community Survey, does it really look so horribly hideous leaving the Styrofoam White and untreated, if I toss some Cut Velvet Antique Belgian Velvet Doilies here and there on top first?   There will be those of you who will be brutally Honest and say, "Dawn, it's a fucking RV Garage, so does it REALLY matter?"   You could be Right, but my OCD won't let me embrace that obvious Reality and too much White always bugs the shit out of this Colorful Gal, it's what my Eye gets annoyingly drawn to.  *LMAO* 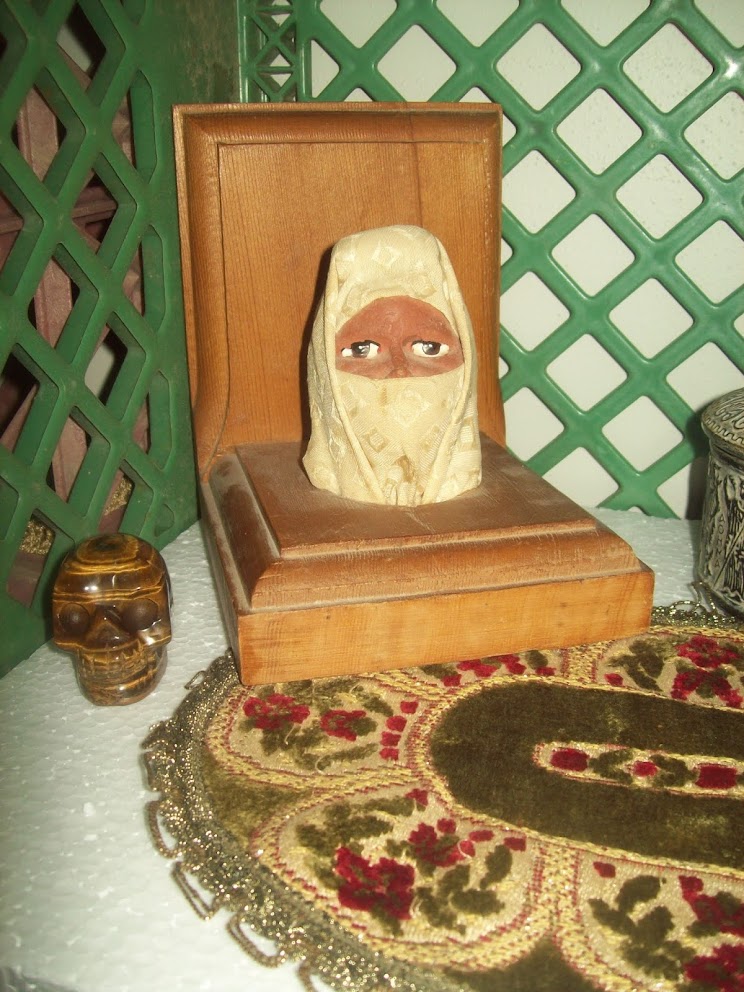 Now that I've spent an entire Day cutting and installing the Styrofoam, The Man's suggestion to just ditch that Brilliant Idea that didn't quite work then, and replace it with cut Cardboard I can Spray Paint, isn't sitting well with me.  I like how the Styrofoam Bases serve Purpose, I just Wish I could Paint them Black, Gold and Copper Colors to get rid of that stark White Visual that bugs me.  *Smiles*  Mebbe it will bug me less as I get used to it and move on?   Mebbe with Placement of Objects for Vignettes I won't Care or notice so much?  I'm sure nobody else Cares or is as anal about it as me?  *Bwahahahaha!* 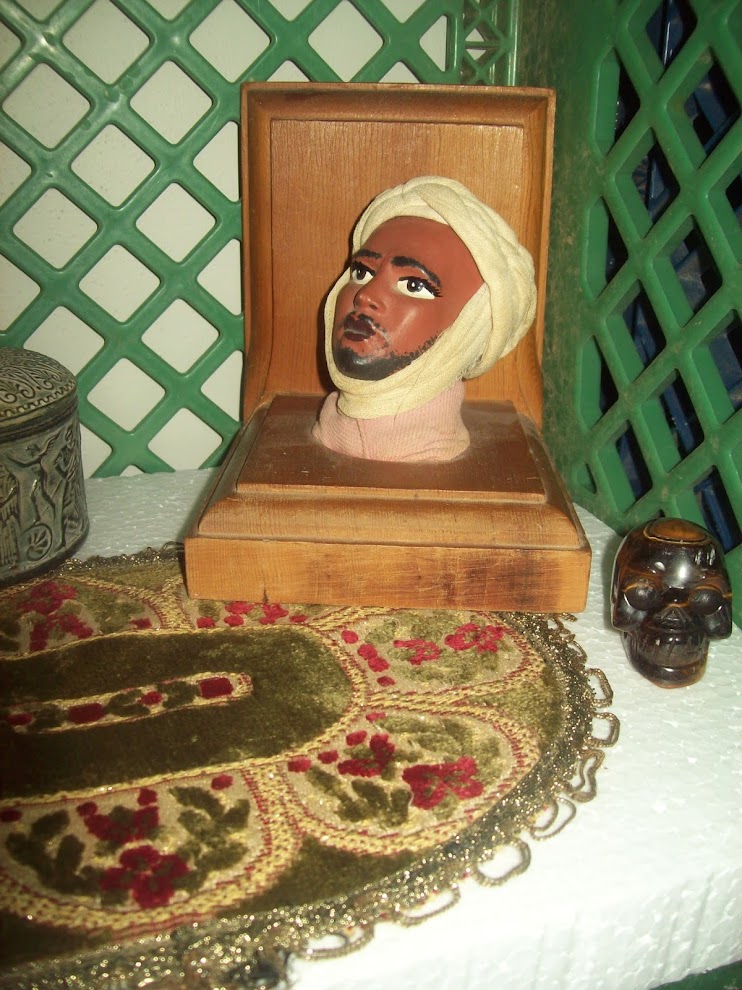 I mean, Good Gawd, just getting my shit up off the Floor or unpacked and out of Boxes is an improvement of the Hoarded Mess I've had to endure the Optics of for an entire Year now!   So, I'm fairly certain that the Optics of some White Styrofoam is something less distressing in the Grand Scheme of things.  *Winks*  I mean, just being able to START Decorating and Styling some stuff in there motivated me to get up before Five in the Morning and take these Blog Fodder Pixs and then start this Blog Post!  So, it has been Energizing to just see things coming together rather quickly, so I'm trying not to Sweat the Small Stuff. 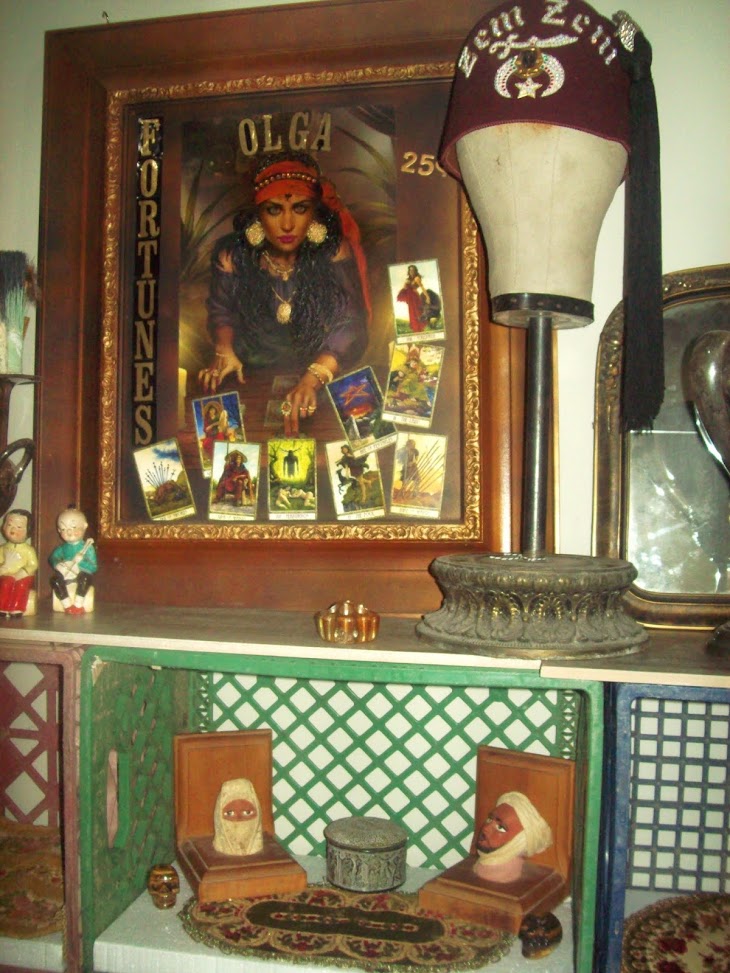 Besides, right now I'm just Playing and I might change and rearrange it all dozens of times before I decide any Vignette is gonna stay a while.   Right now I just wanted to test the overall stability of the Units I'd built and see how things would Display on top and inside of the Crates?   Yes, I'd done it before at both other Properties, so I already had an Idea of what works, but at Villa Boheme' especially, most of it was just a Display on top and the Crates inside, even on their sides, held Storage and not anything Displayed to actually enjoy.  I liked how the top turned out to Display Objects there, so here I decided I'd try utilizing the Crate interiors differently to Display stuff too. 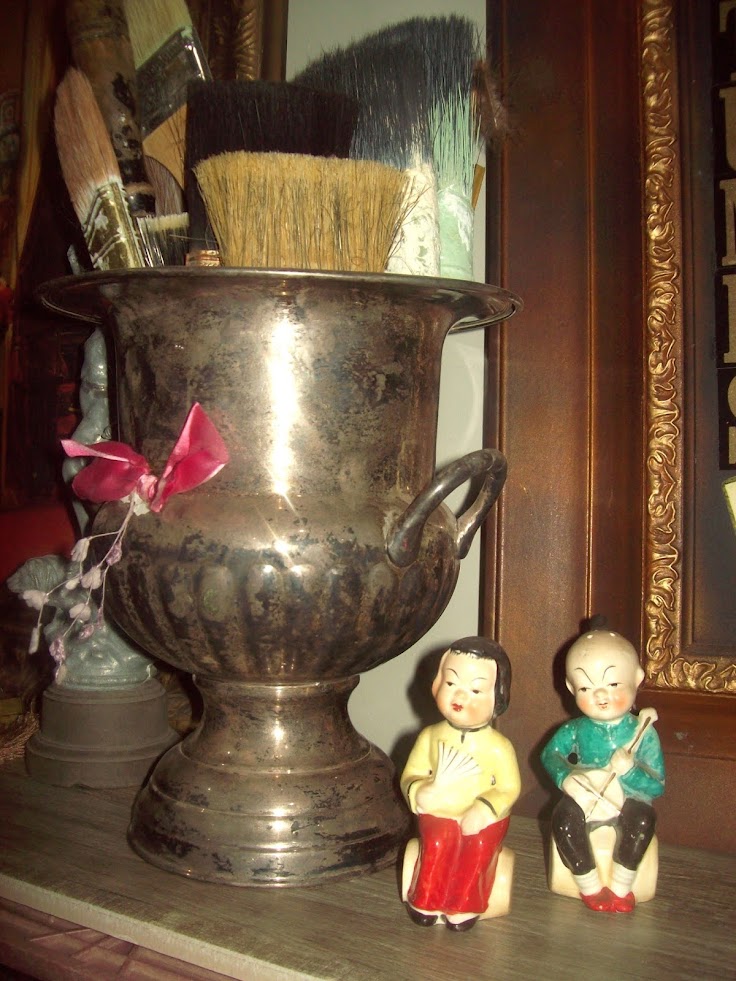 As long as I'm having Fun with it all nothing has to be static and can constantly be a Playground actually and constantly Change.   Inside the Main Home I don't do that as much, once I get it how I like it, I leave it the Hell alone.  *Smiles*  I think part of why I fell in Love with having the Luxury of that enormous RV Garage Space, was that I knew it had unlimited potential to be a Playground for my stuff, without it cluttering up our Living Spaces.   My Showroom at the Antique Mall is similar, but due to COVID now, I don't hang out there much unless I have to... because... People.  *Le Sigh* 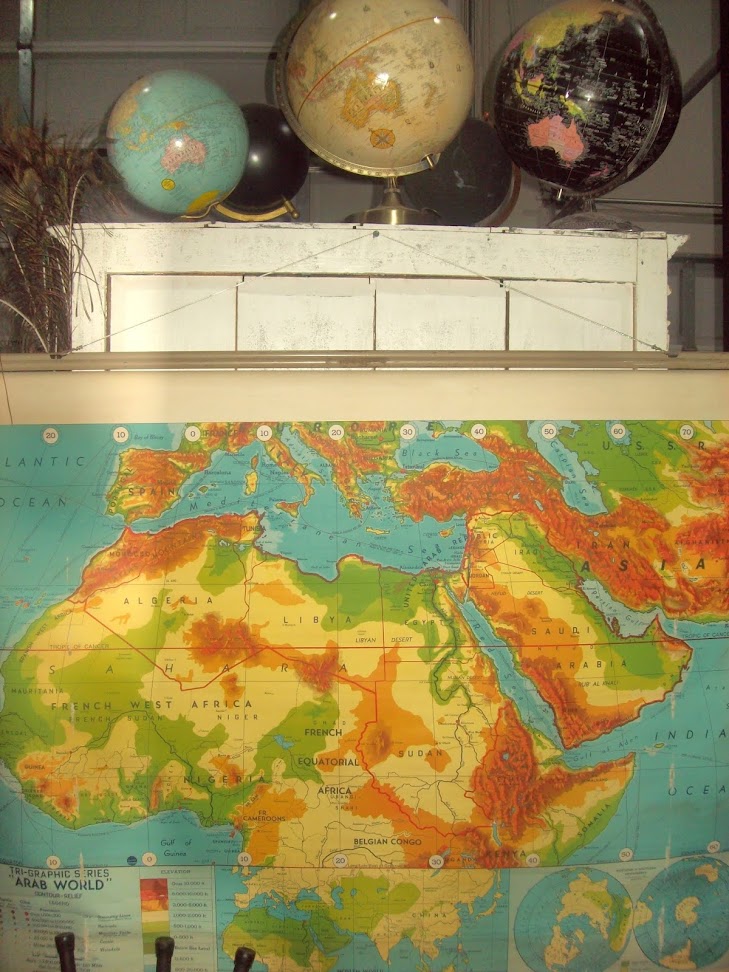 Don't get me Wrong, I still like People very much and have always enjoyed interacting with my Customers.  But, due to Pandemic, and not everyone respecting Social Distancing's Sacred Six Feet of my Space, or wearing their Masks properly, it can become awkward and too uncomfortably Scary for me.  Even tho' I've had both of my Vaccines, I still don't like for anyone to roll right up on me too close.  Or have their Masks under their Nose, as a Chinstrap, hanging off one Ear, in their Hand or Pocket rather than covering both their Nose and Mouth like they should be wearing it... while in Public... ALL OF THE TIME... unless eating or drinking something and sitting down away from me! 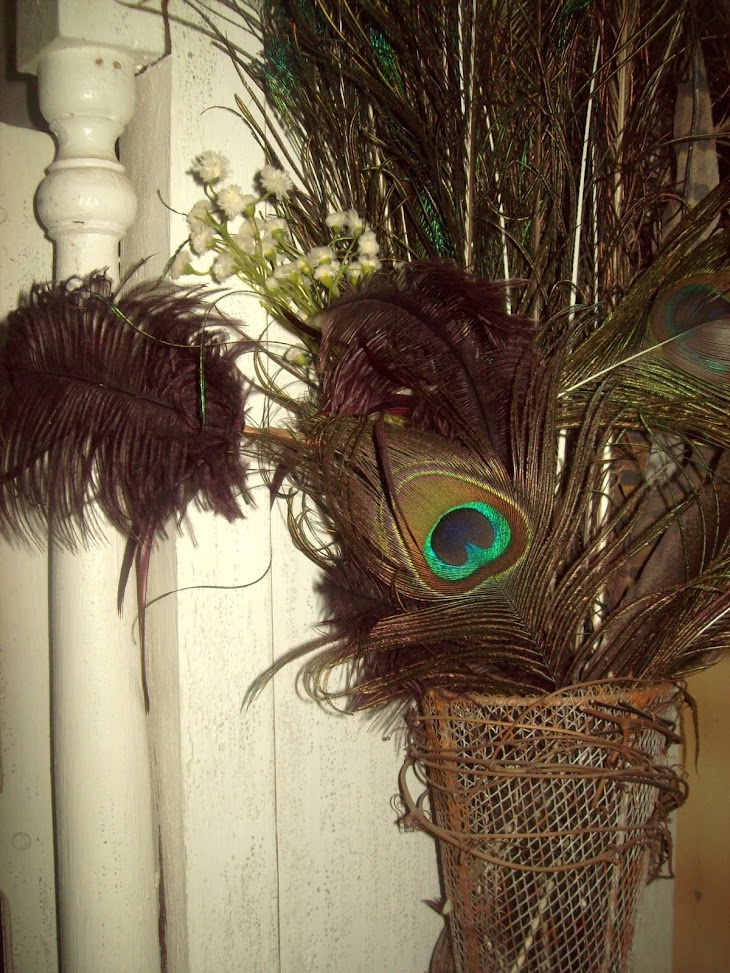 And quite Honestly, I don't even wanna hafta engage with a Covidiot anymore, I've completely run out of Patience this far into a deadly Pandemic to tolerate them one iota, so I can't even be Kind to them anymore.  They fail to incite Pity and only arouse Irritation now.  And an Irritated me isn't so Lovely, I can go Ratchet Psycho Bitch on them in a Heartbeat.  I can only take so much Stupidity before I just Call it Out and banish it from my Orbit, since you can't fix Stupid.  And Lord have Mercy there's still so many of them out there, isn't there?!  Holy shit, they seem to be everywhere, at least One in every Crowd anyway!  And being Polite about it when clearly they don't give Two Shits about anyone else, is just beyond my capacity now I guess.  *LOL* 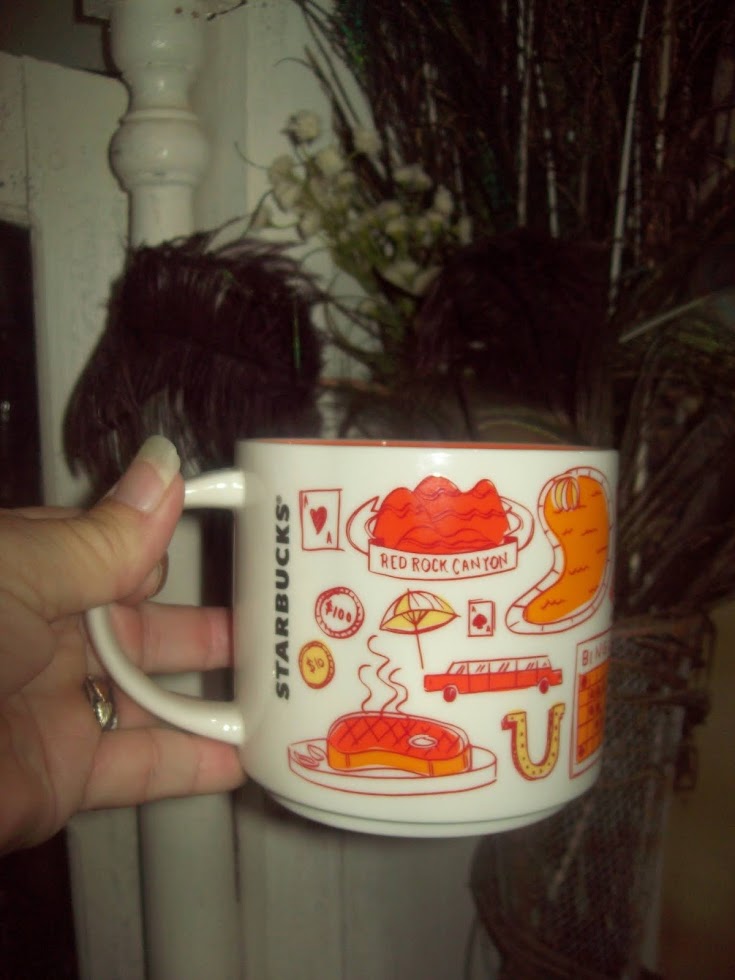 Especially when Stupid actually assumes itself to be Smarter than the Experts and starts pontificating, Parroting from something they probably heard on Faux News or God knows what other questionable Sources they buy into rabidly and Believe almost anything, no matter how outrageous and far fetched?!  Well, what can I say except, keep your Conspiracy Theory, Lie Believing, Wingnut Extremist, Cult Devoted Radicalized Self the Hell away from me... FAR away from me. MORE than Six fucking Feet away from me, because you're a potential Danger to yourself and everyone else and a secondary Plague to this Nation.  Or else I'll tell you how I REALLY Feel!   And I raise my New Starbucks Las Vegas Ltd. Edition Mug and drink to that!  *Bwahahahaha!* 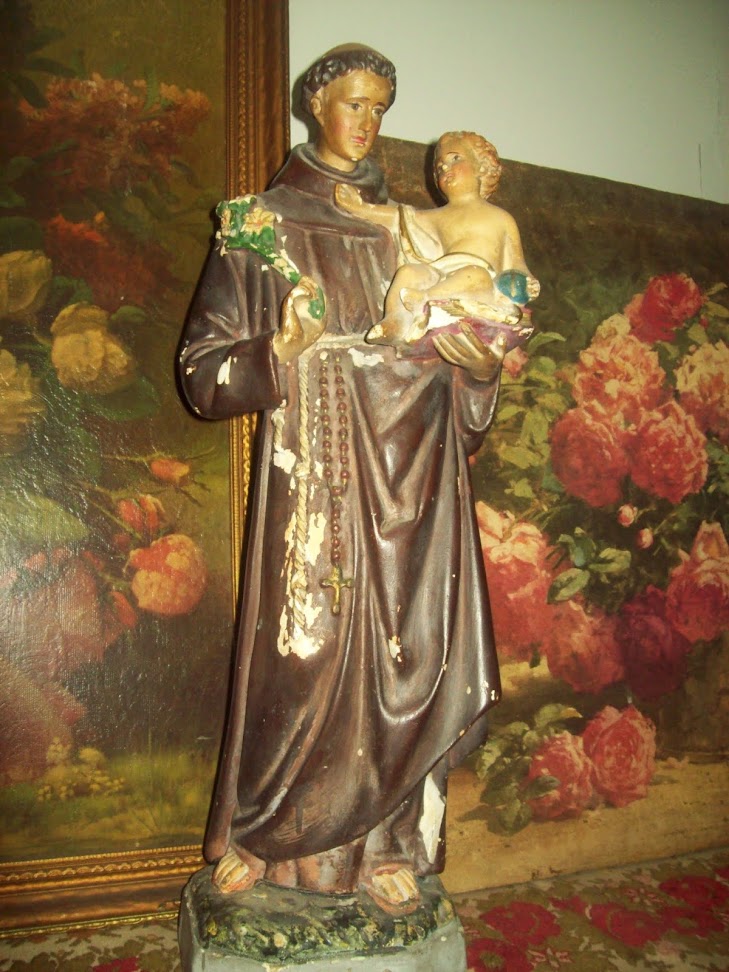 I know, Pray for me, because as I'm Aging Out, Honestly, my tolerance for BS is slim, next to none now.   I can drop people like a Rock now if they become toxic or too high maintenance to wanna endure.   Tick-Tock, The Man and I have decided it's late in our Game of Life now to put up with anyone's Bullshit no matter who they are or how long we've known them.  Start becoming problematic and you've got to go do that on your own Time and Dime, not ours... Bye-Bye, don't go away Mad, just go the fuck away, see ya.  Okay, so I don't even Care if ya go away Mad really... Truth be told, you'll just have to Get Over It on your own Time, get some Therapy or Counseling, whatever it takes... and... whatever, I just don't Care...  *Bwahahahaha!* 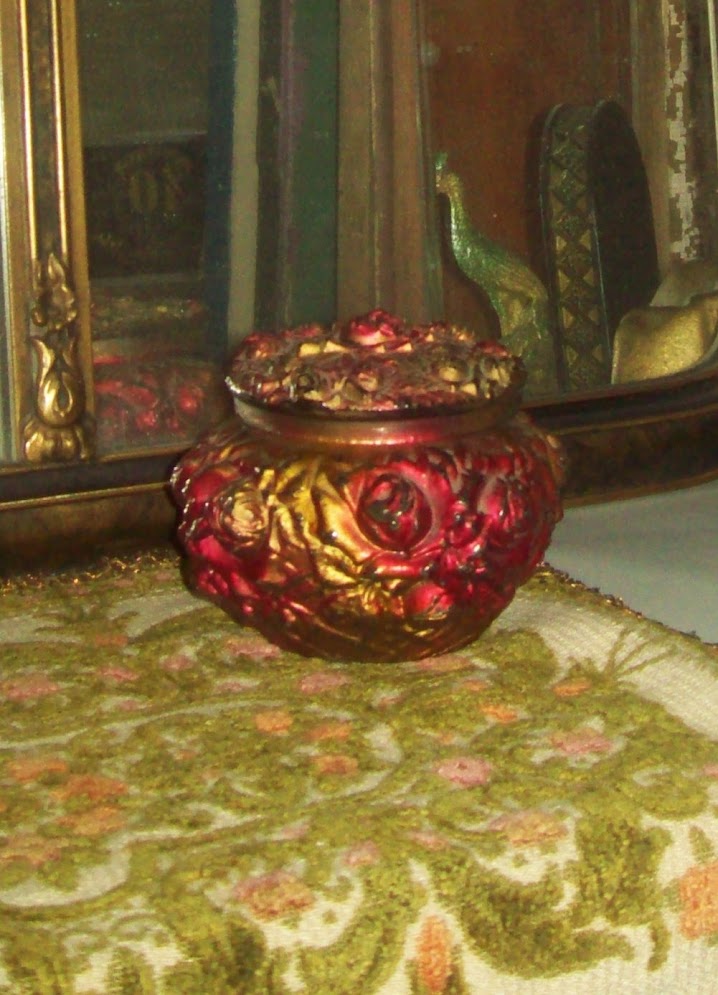 Right now, in the Condition the World is in, too many people just smell like too much Drama and a Headache to bother with.  I just wanna be left alone to enjoy my Zen Moments, which I protect fiercely now, Play with my Pretty Things and settle in to Forever Boheme' Blissfully, because it's something we've more than Earned the Right to.   The Man and I spent half of Yesterday in the RV Garage just doing things and then hanging out there enjoying our Home Blissfully, it felt so good.   It's become quite a Zen Sanctuary from The World and we're carving out more Space to enjoy it fully.   Sacred Space and finding Bliss is primary to us now at this Season of Life.   Perhaps it should have always been, but now it's just that much more important and a Priority. 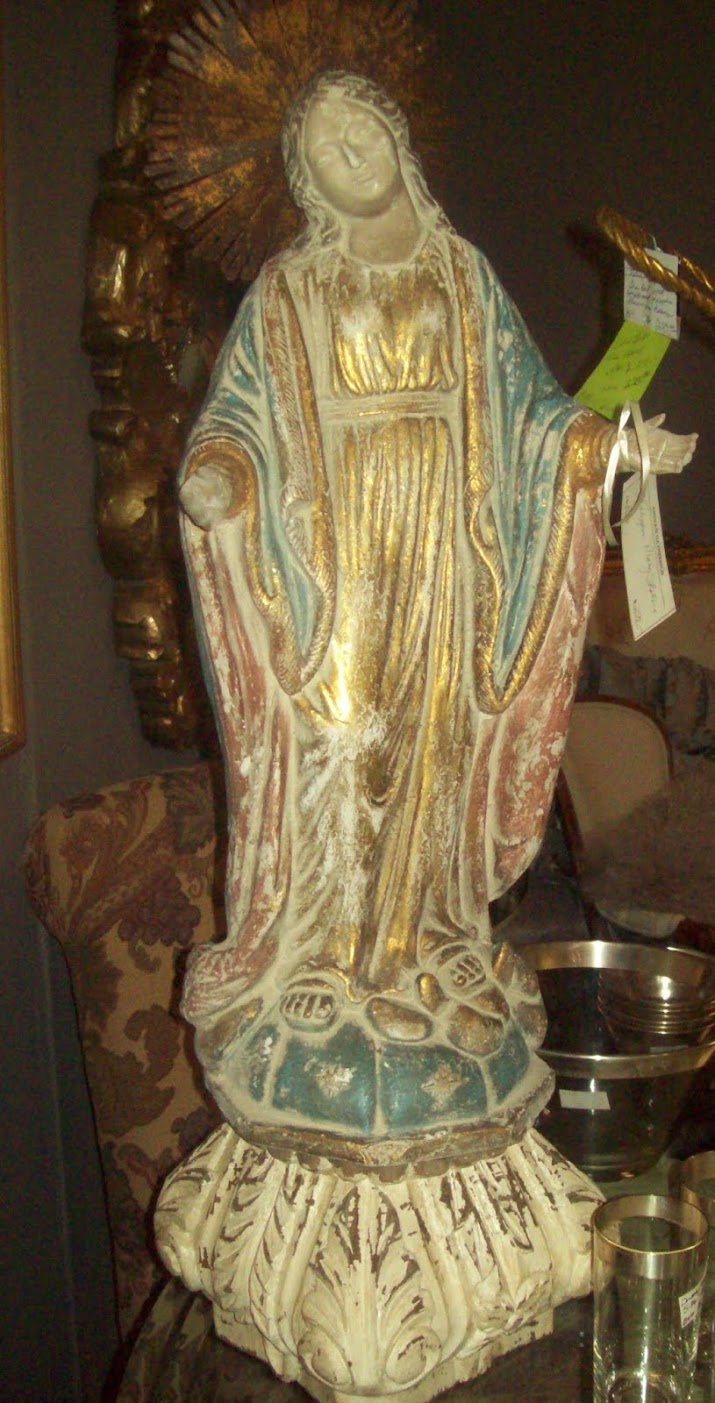 I do Hope you're finding your Sacred Space and Bliss too my Friends and Protect it Fiercely... Dawn... The Bohemian