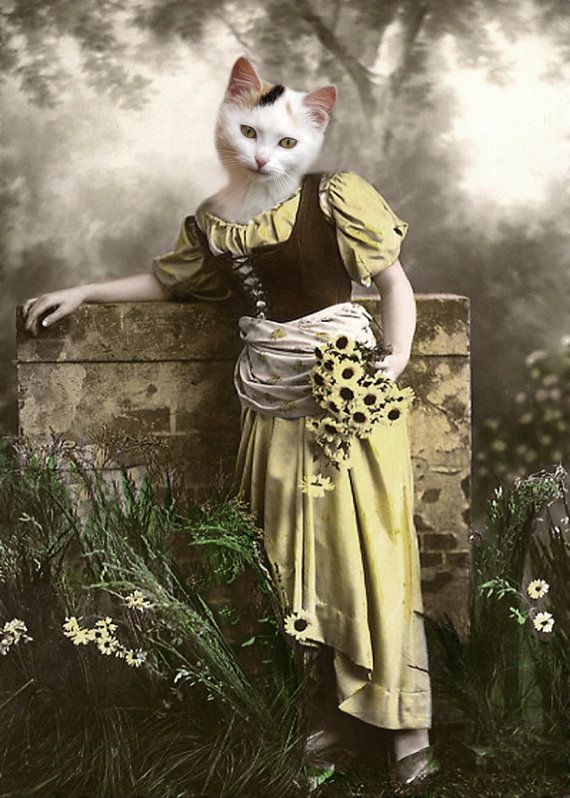 Got a ton of Lurks and no Takers on the last Post as a Counter Debate, not Surprising, I was proving a Point there that few speak boldly enough on the side of what's Right and Just... and many who Secretly support the side of what's Wrong and Unjust are too Cowardly to admit it.  I haven't gotten out of Nighttime Pajamas for a few Days now... not even bothering with Daytime Pajamas, let alone, Real Clothes!  I know I'm in a Blue Funk.  The Man is trying to make me Feel better by saying he's prepared and able to defend our Home in the event Civil War breaks out with The Lunatic MAGAt Fringe being allowed to go Buck Wild across the Land.  The fact he even had to SAY that, didn't make me Feel Calmer I can tell you!  *LOL* 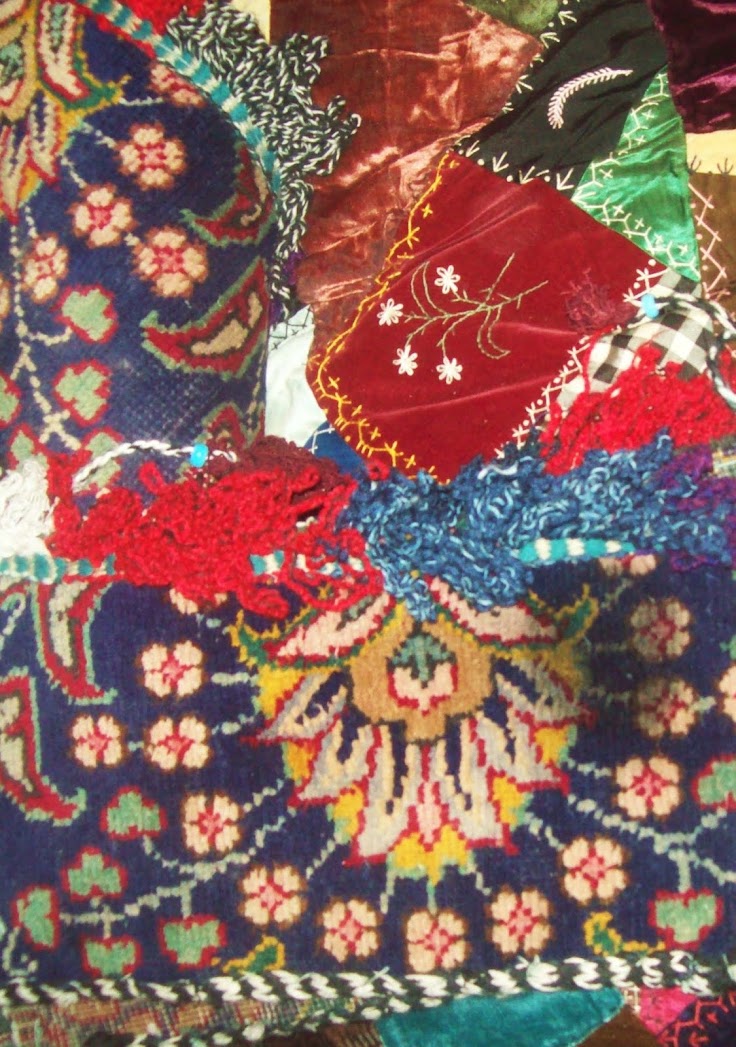 Princess T is no longer asking to go anywhere, since knowing we have the worst COVID spread in THE WORLD here in Arizona.  She'd like to but knows it's just not Wise to right now, due to COVID and the looming Civil Unrest Dangers that could escalate beyond what happened on the 6th.  Just Impeaching this Prez for a 2nd time isn't Solving much except making History, but it was something... I Guess?!  Sometimes she and Timmy walk up to a nearby Skater Park to ride their Skateboards and burn off some energy, get some Physical exercise and release some pent up Emotional Steam created by too much Lockdown Time and Isolation.  This all is not Mentally or Physically Healthy for Children to endure so much Seclusion, worry about a Threat they can't see and those they can see, and Social disconnect from other Human Beings. 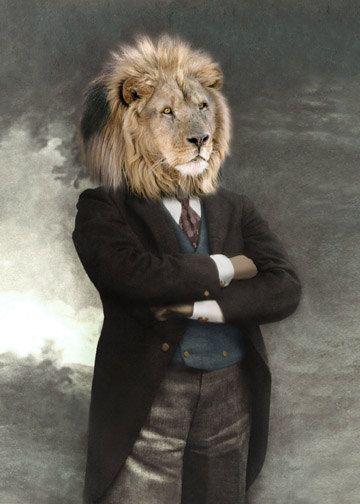 If Timmy were not in her 'Bubble' she would have literally no other Child to interact with in person during Pandemic, however long it's gonna drag out?  Which seems right now as tho' it's gonna be all of 2021 at least.  And it's been almost a full Year now of that, so it's almost as if she were in some Juvenile Detention Facility for committing no Crime to have to be there.   She knows she's not Alone in that situation, she handles it with incredible Maturity and Grace, so I'm very Lucky about that.  I'm sure some Parents are getting Push Back or actual Rebellion from their Older Children?   I think Younger Children may be handling this better than Young Adults.  I see Younger Children not ranting about Mask wearing or wearing them improperly... compared with so many Young Adults who resist Mask wearing and wear them improperly so often, that's rather ironic. 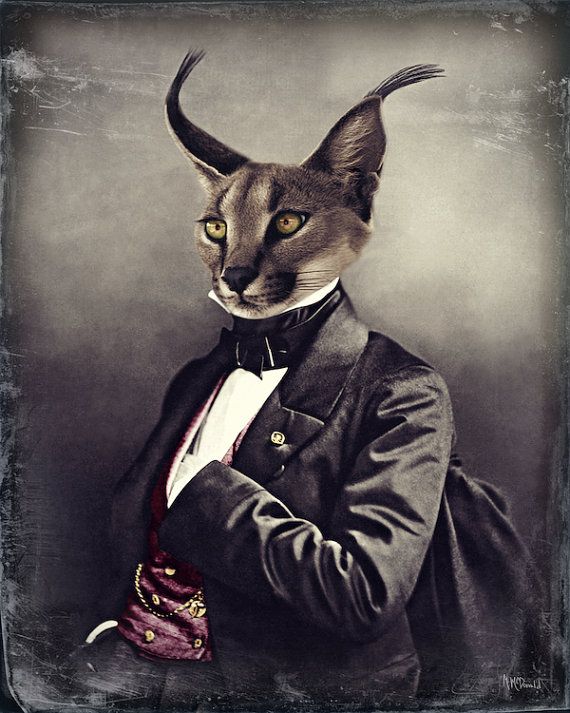 When in Public I see the vast majority of Young Adults Pushing Back and just not being cooperative and in defiance of Public Safety Guidelines now.   Perhaps some feel invincible, or that they aren't really a high risk demographic, so they resent being Safer for the sake of the high riskers?   Egocentric behaviors are becoming a Hallmark of the stereotypical Ugly American.  Perhaps it is just Pandemic Fatigue set in with some and they've become complacent over Time, thinking this may never go away now, so they just roll the Dice about getting it and just getting it over with?   I do know the Fear of getting it can be high and the Relief from getting it but Surviving and Recovering is high too.   I've talked to Survivors who fortunately didn't seem to have Near Death experiences or chronic complications and they're just relieved now perhaps it won't Kill them, even if you can get it more than once? 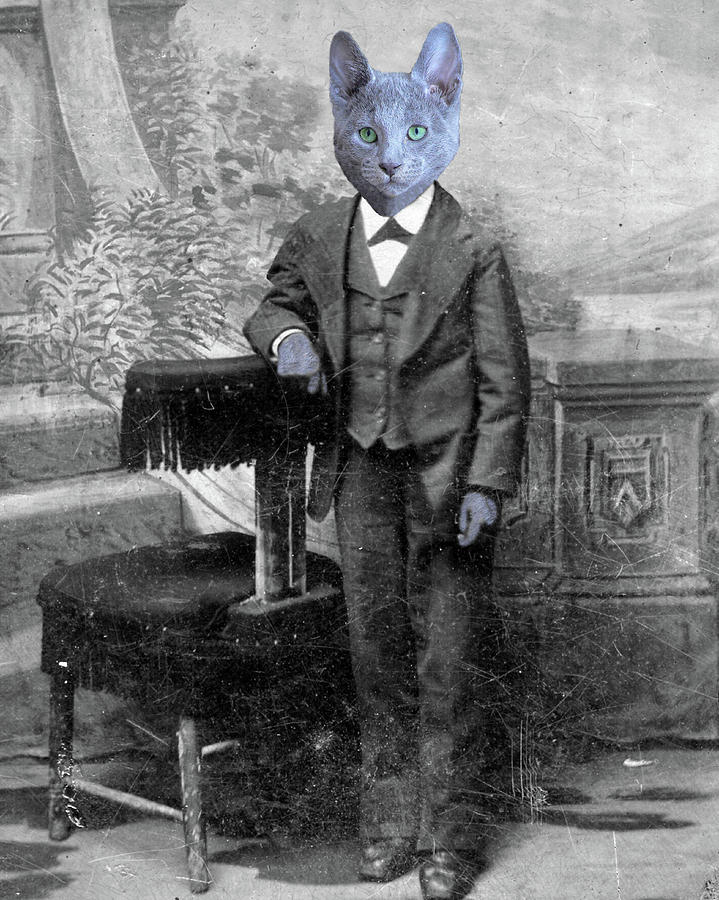 If Young and Healthy, and given the dismal Roll Out of the Vaccine being Administered, with a lot of it now being thrown away because it's expiring before they can use it, perhaps they realize by the time they get their turn, it could be a Decade from now?  I know that hearing of all the new variant Strains popping up now, it's not looking Promising that The World has this under Control... some Countries just do better in the losing Battle than others right now.  They are having By Appointment Only Drive-Thru mass Immunizations in our State right now, since we're Sucking at mitigation more than any place in the World!   You have to be over 75 or an Essential Worker for now... so that's none of us.  They call this Phase 1B and I don't know how far down the Numeric Alphabet Combo Lottery we'll all be?  Mebbe the Odds of Winning the Lottery are better than the Odds of getting the Vaccine, I dunno?  Plus, everything is subject to Change without Notice or any form of Notification. 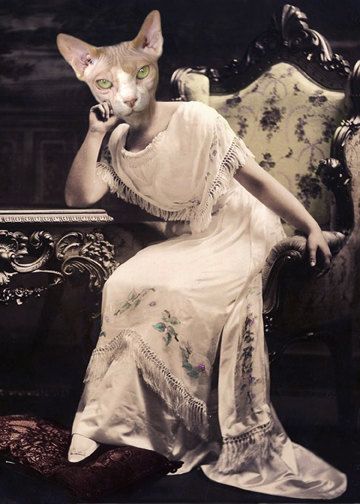 You have to do your own Due Diligence becoz nobody is giving any cohesive directive and it's all rather a continuing Cluster Fuck we're supposed to somehow have confidence will work out just dandy??!??!  I think Nature will just decide when this is really Over or here to Stay?   Beating Mother Nature at what She does best is usually an exercise in Futility.  Even if Humans are arrogant enough to assume they can Bitch slap Her rather than the other way around.  I know whose Boss and it ain't us... Mother Nature is one Boss Bitch you don't wanna mess with if you are Wise.  I'm still of the Opinion this Novel Virus was something Man in some Lab fucked around with that got away from Mankind again and The Monster we Created once loosed, turned on us.  When you Create Monsters the expectation they won't behave like Monsters is naive and not well thought out. 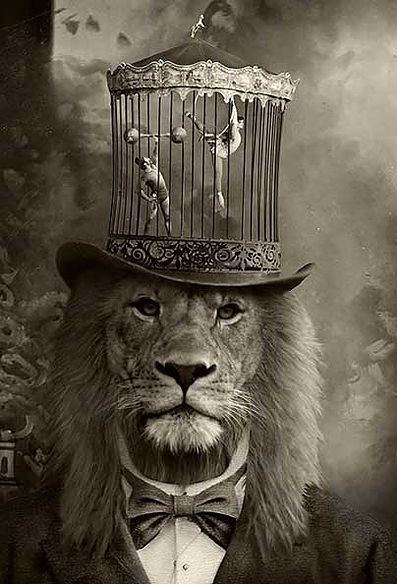 Kinda like that Insurrection Mob Monster that turned on it's Master and will devour him and tried to devour The Vice Prez.   Oh Yes, Trust and Believe that 45 is playing Ringmaster to a Monster he cannot really make Perform at his discretion and command in his traveling Circus.  He just Imagines he can.  Too many of that Mob have their own Agenda and he's just the Frontman to accomplish it and created their Opportunity.  That Mob had so many splintered Factions represented within it, that it's an ever morphing dimorphic Monster that doesn't know what the Fuck it is.  A Dr. Moreau Nightmare Creation, likely soon coming to a Capitol near you... and me.   I suspect we'll see it rear it's Monstrous Head again by the 16th, so... Tick-Tock.  Whatever you gotta do during the temporary Calm you better get with it before all Hell breaks loose. 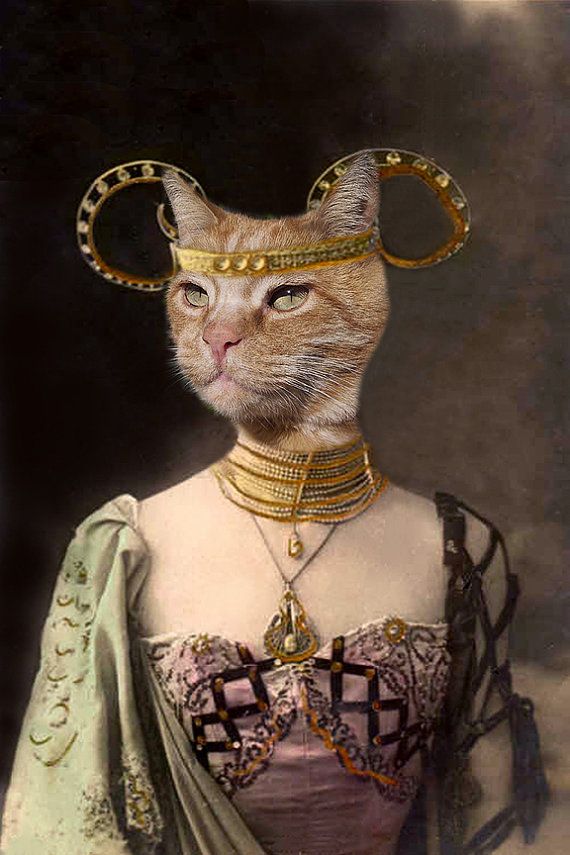 Knowing that's coming... and how ill prepared our Capitol in D.C. was during the Dry Run on the 6th when The Show came to Town... I'm unsettled, to say the least.   It's not as if they didn't know then that The Show was coming to Town and it was gonna 'Be Wild', it was widely Advertised and Billed as such, if anyone was paying attention or listening.   Seems lots of people are still evading all of the important Questions that most of the American People need to know about all of that... about the Failure of National Security and just how Safe any of us is at this point?   Doesn't sound like it's gonna be Safe judging by all the Chatter.  No, I am not of the Opinion most of the Chatter is just bravado and Talk with no intent behind it... I never thought that the first time and I don't think it's Harmless now either and just talking Smack. 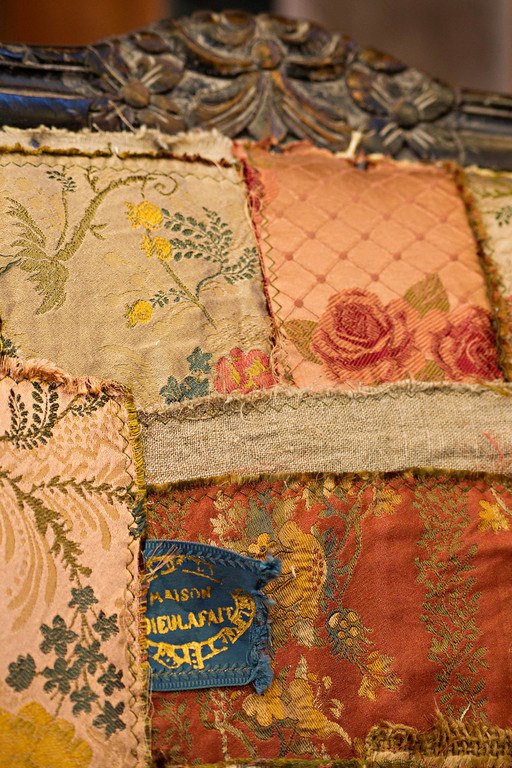 I'm not even convinced that the level of Failure wasn't intentional, on so many levels it deeply disturbs me.  Even the remote alternative of that is terrifying, that even if it wasn't intentional {let's just pretend for the sake of argument}, then we really have an unintentional National Security Risk and Breach that should alarm us just as much!  Because it can be and was breached so effortlessly without even being an Inside Job then!  Either way... No Good and Epic Failure!  So many things haven't Surprised me, but the lax Security measures caught me off Guard I must say, because it made no sense whatsoever from a National Security standpoint.   And not just for that incident, because now the World saw how lax they were and the World watching is important too... even tho' Home Grown Threats right now are the most dire at the present Moment. 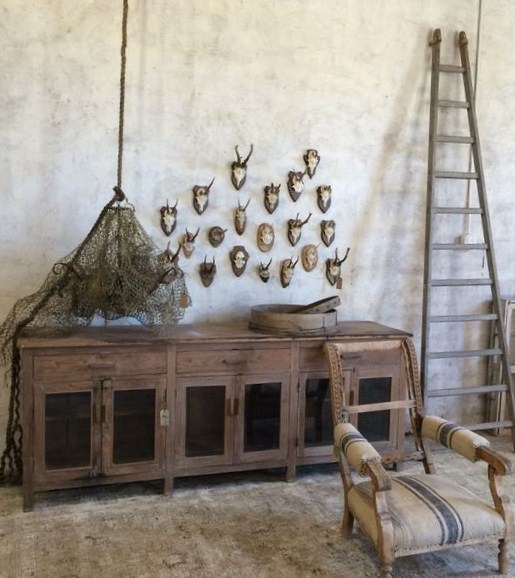 If I Imagine it was ALWAYS that easy to breach what is allegedly the most Secure location in America, then what about all the other less Secure places?   Places closer to Home, places we go all the time, places thruout all of America where Ordinary people would want to be Safe from Terrorists, Foreign or Domestic.   I dunno, I just THINK about these things when I Witness Chaos and Failure on an Epic Scale.  I Wonder what else are they not up to the Job of... and if the Illusion of National Security was more Smoke and Mirrors than Substance all along?  It matters of coarse that we currently have an Administration complicit in ensuring such Failure to further their own sinister Agendas, backed by delusional Far Right Mobs and Domestic Terrorists seizing the Moment and exploiting it.  I certainly don't know what to DO about any of it!? 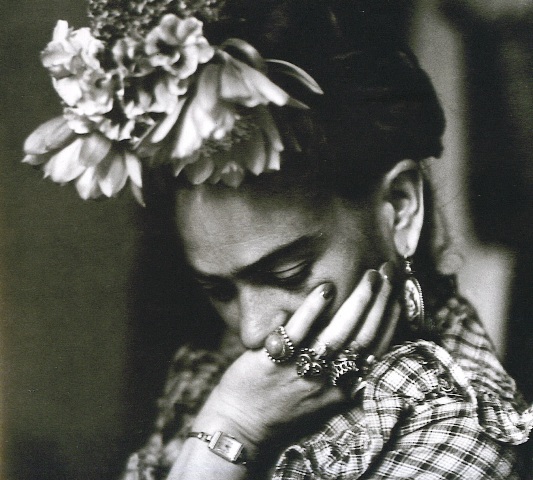 I am just Hopeful that SOMEBODY does?  Nobody seems even in Charge right now tho', we have Zero 'Leadership' installed protecting Democracy at the Moment.  Yeah, he got Impeached, so what, he was Impeached a fucking Year ago and nothing changed at all!   Oh wait, Yeah it did, it got WORSE!  He'll Learn his Lesson and his 'Legacy' will be Soiled they said... Fuck, were they kidding?!   Who REALLY Believed that obvious Bullshit, Seriously?!??!   The Anxiety and Anger levels I Feel about the whole degenerated and revolting mess is pretty Epic too, it's devolved into something quite unrecognizable as America.   Not the America I thought I lived in anyway, tho' not perfect, it has never looked like this on it's worst Day in recent History during my own Lifetime anyway.   There have always been those people who stormed the Capitol in our Country, but they didn't get so close to accomplishing their Goals or an obvious one of 'em in the WH. 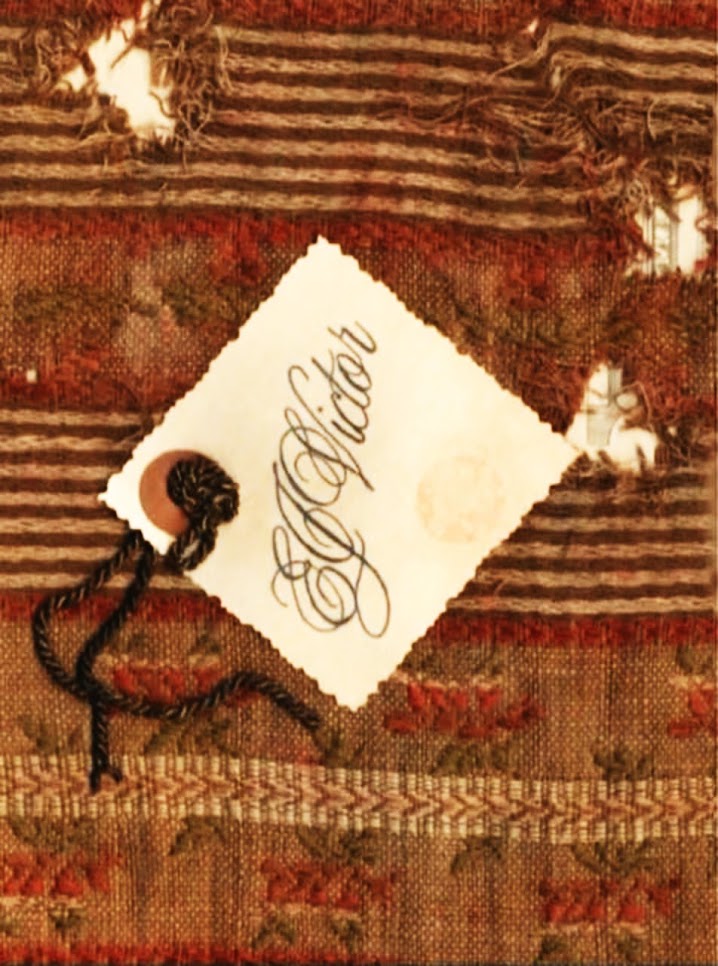 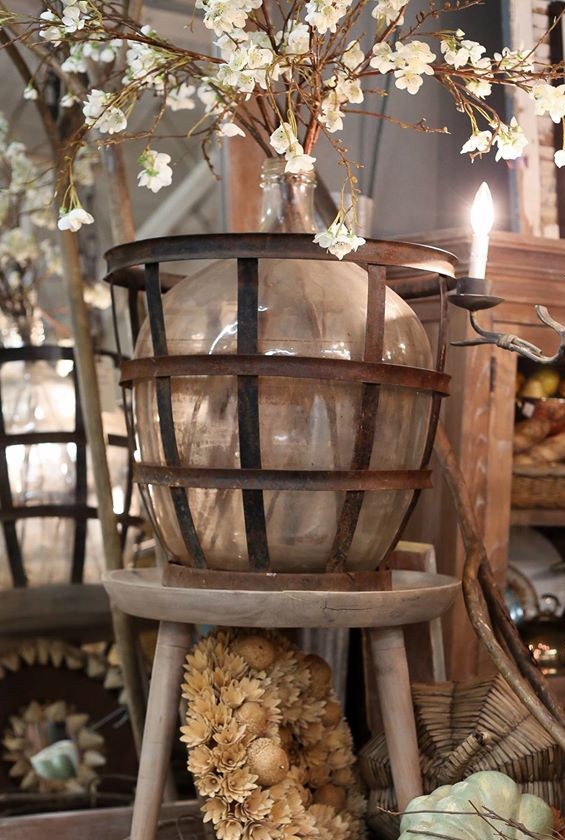 Sitting in Quiet Contemplation and a Blue Funk before all Hell breaks loose in a few Days I suspect... Dawn... The Bohemian