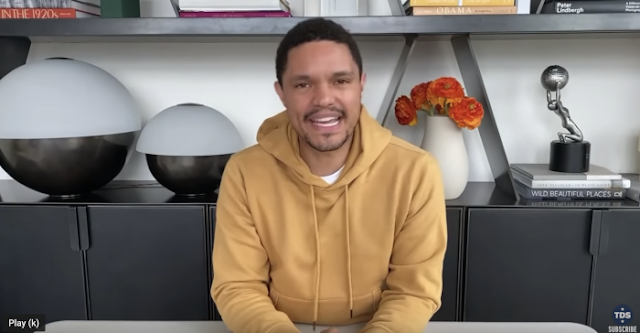 Confession, I was Secretly doing something during these Times of Pandemic that I didn't realize everyone else was probably doing and now I don't feel so Bad about my penchant for Voyeurism!  I'm talking about all of the TV Personalities and Experts now Broadcasting from Home.  I can't even Concentrate on what they're saying, because I'm too busy peeking past them into their Apartments and Homes, that is the new Backdrop behind their Broadcasts, giving you a Personal Glimpse into a very Private Space you'd never otherwise be privy to!  I'm so apparently Shallow that I'm Critiquing their sense of Style, Furnishings and Personal Aesthetic as if I'm an Expert Home Interior Decorator Critic!  So many of my Favs I had Delusions their Homes and Taste would be Fabulous and Cool, like they are... clearly I was Wrong!  *LMAO*  I Love Trevor Noah, but is he Broadcasting from the Set of an Old Star Trek Episode?!  Those fucking Orbs now have me way too Distracted by what they potentially ARE and might be Holding?!  So I have no Idea what he might be saying and he's Hilarious, so I would probably not have wanted to miss it, I NEED Pandemic Levity right now! 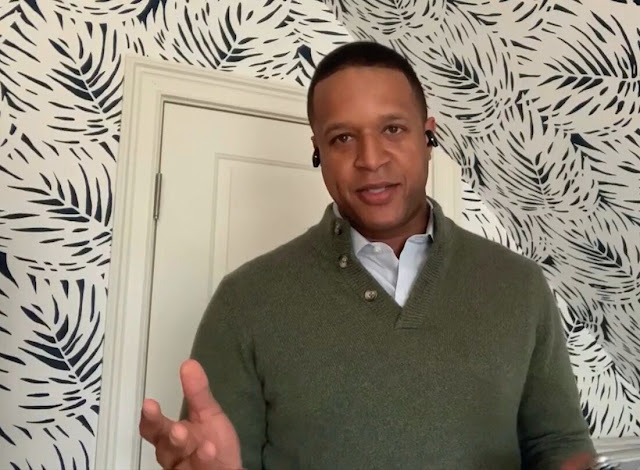 Lord have Mercy, some are just Sad or Trippy .. or hideous, this Wallpaper had me actually getting a Headache!  I've got some Quirky Taste my Friends... but DAMN!!!  So many need some Professional Help with a Stylist or Interior Home Decorator guiding them, choosing shit and Placement!  Some are in Rooms so claustrophobically Small that I'm Wondering if they're Broadcasting from a Closet Space?!  Some do have Cool Homes, there's one Broadcasting Female that has a Loft Space with Brick Wall to Die for and Fab Botanical Style!  I'm too distracted by either what is Wrong with what's in the Room... or what is SO RIGHT with what they have, that I'm having a Lustfest over it!  *LMAO*  The latter is the Worst, especially if they have something Important to say that I Tuned In for and I couldn't tell you a Word of it because the Kilim Pillow on their Sofa was Fabulous and I'm too preoccupied wondering where they Sourced it?!?  Yes, I actually did that during something I was watching where the Psychologist had the most Amazing Kilim and I couldn't take my Eyes off it!  I have no Idea now what she said, it was probably Profound, but I don't know... except at least I can tell you she has Great Taste in Pillows and I WANT that one on her Sofa, I was Obsessed with it!  *LOL* 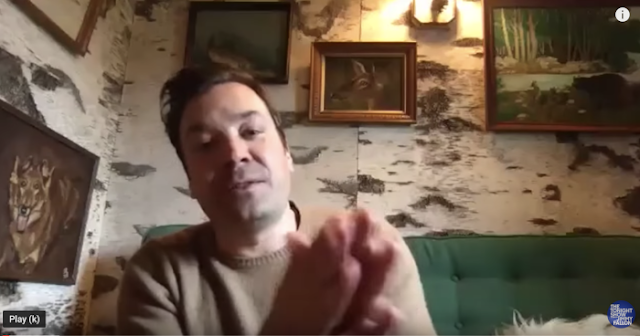 I have lingering Questions now... like what's with Jimmy Fallon and Jimmy Kimmel's hideous Wallpapers?!  Fallon's was the Worst for me, what IS that, fucking Tree Bark, I was squinting while trying to figure it out!?  Does he live in a Tree House made of Birch Bark... did he buy a BAD 1970's stuck in a Time Warp Pad and forget to Update it?!  Is that the BEST Room of the House, now I'm Wondering about how hideous the rest is?!  Is it INTENTIONALLY Tacky and overly Kitsch... is that a Weird Trend in some Famous Circles now?!?!?!! WTF?!  I know that Howard Johnson's 1960's Sofa, I think I sat on it once in 1969 when we were Travelling Cross Country and spent the Night at a HJ's! 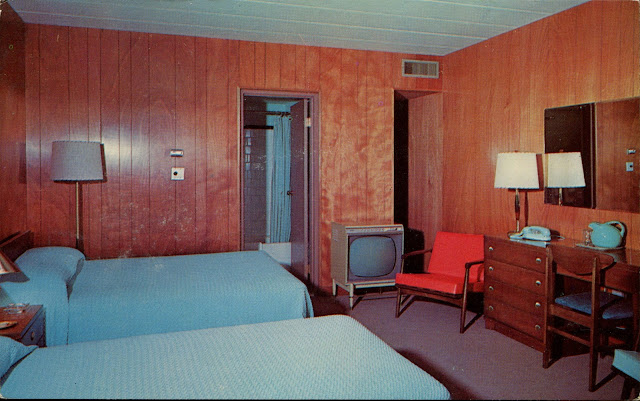 They were Famous for their Tacky Turquoise and Orange Mid-Century Furnishings!  Mebbe he bought an Old Howard Johnson's Motel and is Living in it?!   Even the Paneling would have looked better than that Wallpaper tho'! *LOL and Gak!!!* 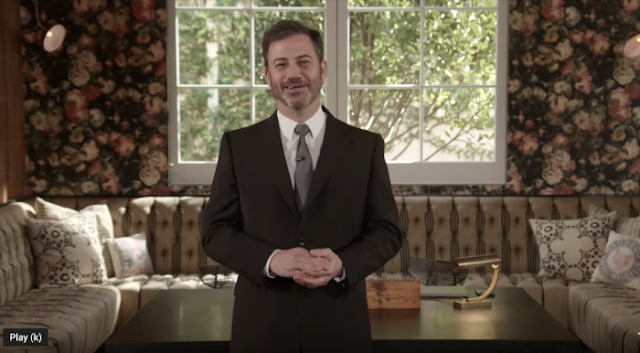 Now, on to Kimmel's, is that perhaps his Gramma's House he's Broadcasting from, because that is mos def some Old Lady Wallpaper going on right there my Friends!  Is there a Rooster Pattern Wallpaper Border in the Kitchen and Sponge Painted Walls in the other Rooms?  I'm actually ranking the At-Home Backdrops I'm seeing behind TV Personalities and Actors I've watched for Years! 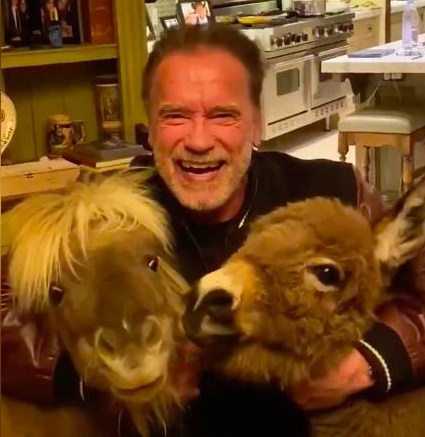 When the Governator, Arnold, gave a Public Service Announcement from Home to stay at Home he was feeding some Pony and Donkey he has in his Kitchen, and I thought I was a Weirdo!  I was peering past Ponyfest and Arnie to get a better Vantage Point of what the Kitchen looked like, I mean, perhaps when Maria left she took all the Taste, Hygiene and Boundaries with her and he reverted back to Bachelor Mode, with Farm Animals in the Kitchen... I dunno?  All I know is that this has become a new Past-time for me and I thought I was the only one doing it... apparently... you could be doing it too!?   And who knew it would bring out the Judgmental Snarky Bitch in me?!  *Winks* 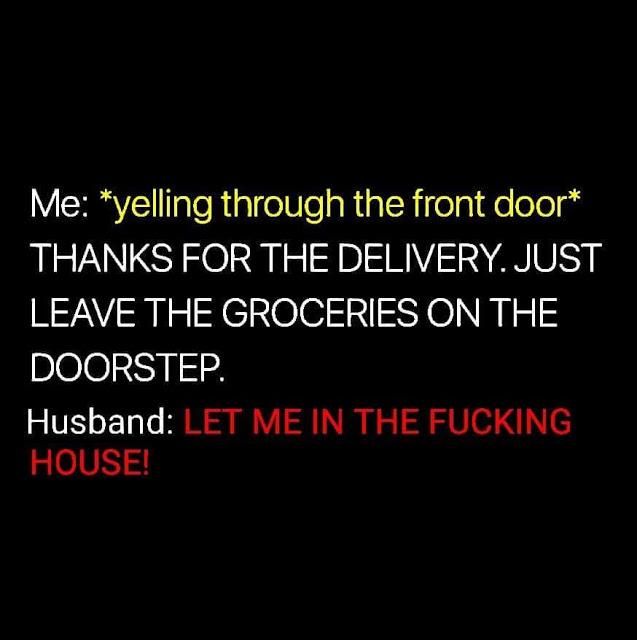 Some Pandemic Levity and the Strange things we now do and Habits we've now developed to Entertain ourselves in the Arizona Desert while in Lock Down... Dawn... The Bohemian
Posted by Bohemian at 12:00 AM