Avoiding Senior Hours During The Time Of Pandemic 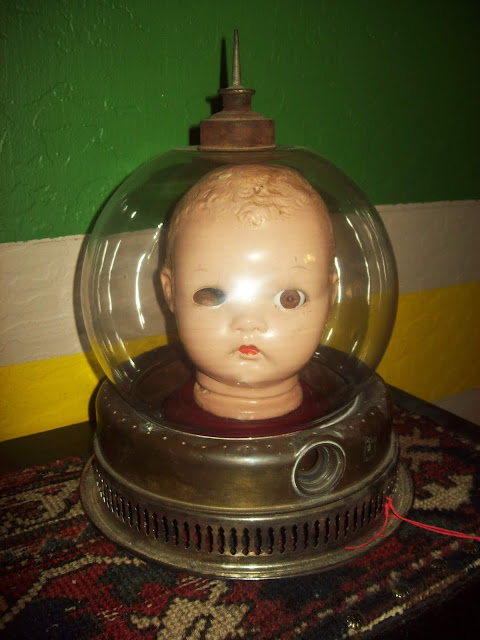 I'm not very good at being a Senior, because I can't stand how most Seniors behave.  Yeah I said it, even tho' I'm a Senior Citizen myself and have been for Years now, I just can't relate or excuse when they're an Embarrassment to us as a Demographic. They're the reason we, as Senior Citizens, have Negative Labels and Stereotypes as "Boomers".  I've often apologized FOR some of them TO the Young People they Delight in mistreating and judging.  Often incessantly Complaining about the Young, because apparently, they got so Old they forgot what it was like to be Young, I dunno?  Cut the Kids a Break, the Lord is still Working on them as they Mature and obtain Experience at Life.  Don't be a Hater just coz their Life is just Beginning and yours is almost Over! 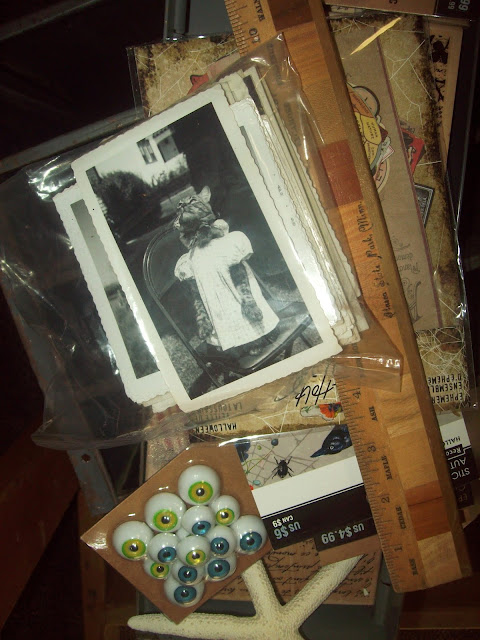 Senior Days at Stores, even before a Pandemic, were always complete Chaos and exposure to the most Rude and Inconsiderate behavior on the Planet, so I can't handle it! Even to get my Preferential Senior Discount, I sometimes Opt Out and just pay Full Price and shop with everyone else to avoid the Drama and a Headache!  Stores full of Ornery Old Biddies and Old Bastards with a Bad Attitude are the Worst. So many recklessly careening thru the Stores in their Motorized Scooters, as if they were on Bumper Cars at the Carnival and trying to intentionally cripple and take out those of us who can still walk!  Sour, Bitter Countenance and mistreatment of Employees, it's just Toxic ad infects my own Mood.  So it often just sets me off and I'm not very good at holding my Tongue when someone is being an utter Asswipe in public.  When they're just being Mean and Snarky because they feel Entitled to be, simply because they attained Old Age! 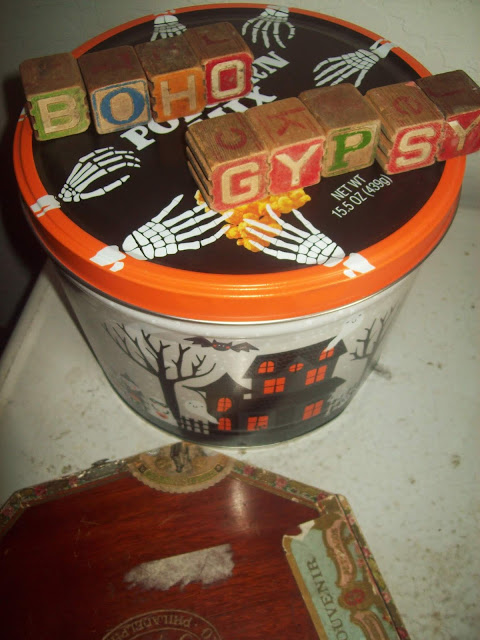 Old Age my Friends is a Privilege not afforded to many, so behave with some Dignity, Wisdom, Kindness and Grace, so that the Young will want to Respect their Elders!  I've rarely seen a Youngster not react favorably to a Sweet, Kind little Old Lady or Funny, Sage Old Man.  In fact, they flock to those of us Seniors that treat them Well.  Everyone Loves a Positive representation of Gramma or Grandpa, because so many of the Young have sadly already Lost theirs and are seeking a Surrogate.  I've 'Adopted' all kinds of Grandkids who aren't Blood Kin, beyond actually Legally Adopting the Two Grandchildren I am Related to by Blood and Raised. 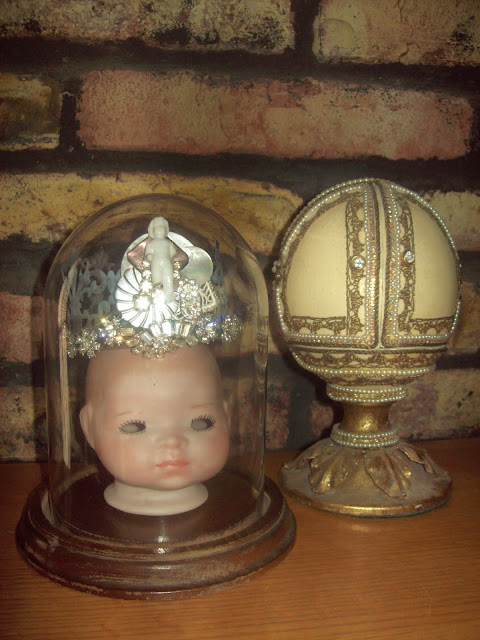 Sure, I have a slew of Grandchildren of our own that we've been Blessed with, that I didn't have to Raise, God has been Good to give us many.  But along the way I've added abundantly to those Related to us, with the Young People who 'Adopted' ME by Choice, and I'm Honored!  And Yeah, we talk about the Annoying ones together and behind their backs... Trust and Believe the Seniors behaving Badly ARE the brunt of many a Joke and considerable Scorn!  Don't think for a Minute that the Waitress or Clerk you just mistreated isn't saying something when one of us Kind ones rolls up and commiserates with the Spectacle you just caused!  There's never a Good excuse for Bad behavior... at ANY AGE! 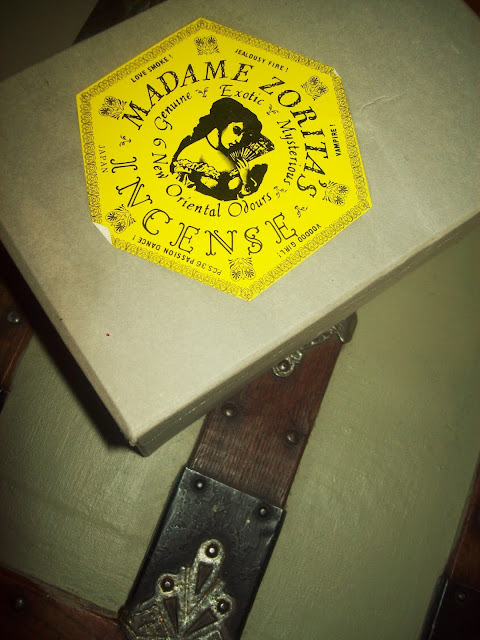 So, this Post is devoted to the lengths I'm going thru, during the Time of Pandemic, to be avoiding Senior Hours set aside for us most Vulnerable of Society and High Risk to catch the Virus.  Besides, ain't no way I'm rolling out of Bed at 6:00 AM to Grocery Shop when the Insomnia has kept me up 'til 4:00 AM, that's usually when I'm just FINALLY getting some Sleep!  *Le Sigh*  No, I'm GLAD that many Establishments have so Graciously set aside Preferential Hours and Treatment for us.  It shows THEIR Kindness, Care, Generosity, Thoughtfulness and Grace extended, even if we don't as a Demographic show some reciprocity!  Which we should be at least Grateful and Thank them, not act Entitled and like we're in a Bad 2nd Childhood that nobody wants to have to Deal with! 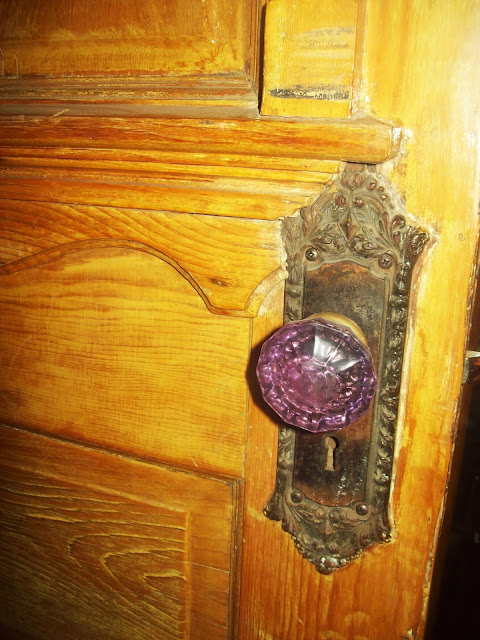 You know how when a Child is a Brat, talking Precociously and acting Buck Wild and Out of Control, you cringe when you see 'em coming and would rather NOT be around them or have to endure them?  Well, that is how Younger people feel when they have any exposure to a Senior behaving Badly too, just sayin'!  The parallels are there if you're now incapable of acting like a Grown Up anymore and revert to Childish and Inconsiderate Egocentric behaviors that are just Unlovely and Test everyone else!   Yes, even other Seniors, because there is also Our Tribe of Seniors that refuse to behave that way. Heaven Forbid we ever Cross Over to that Dark Side of Seniordom before we actually Cross Over to the Afterlife!  I've had The G-Kid Force 'Cue' me if I'm ever ACTING OLD, just so I'll come back around and back to Center in time!  *Whew!* 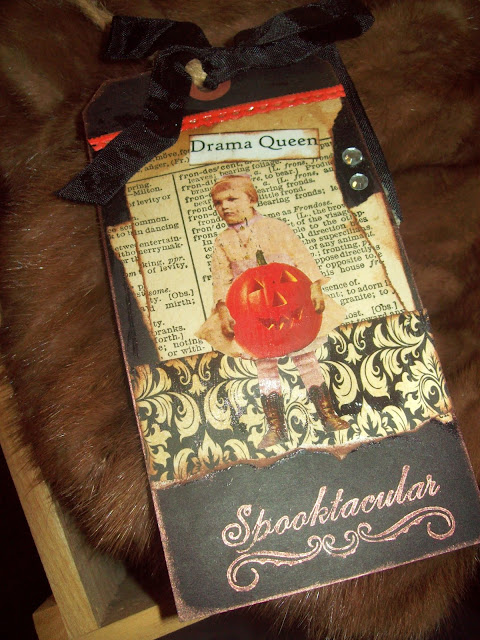 I don't wanna be a Drama Queen at any Age, it's a Bad Look!  Yeah, I can not only be A Bitch, but THE Bitch and that'll be MRS. Bitch to anyone who wants to GO THERE, but it's not because I've attained Old Age.  I've always been up to the Challenge of Dealing with Douchbag people efficiently and have zero Tolerance for their bullshit.  But I don't walk around every Minute of every Day, unprovoked and behaving like a Ratchet Senior. There's a difference between handling your Business effectively when you gotta stand up for yourself... and just walking all over people indiscriminately for no apparent reason or without provocation.  I'm mostly a Drama Free Mama and treat everyone the way I expect and want to be treated as a Human Being.  If you Cross me I could put a Gypsy Curse on ya, but that would be the extent of it.  *Winks* 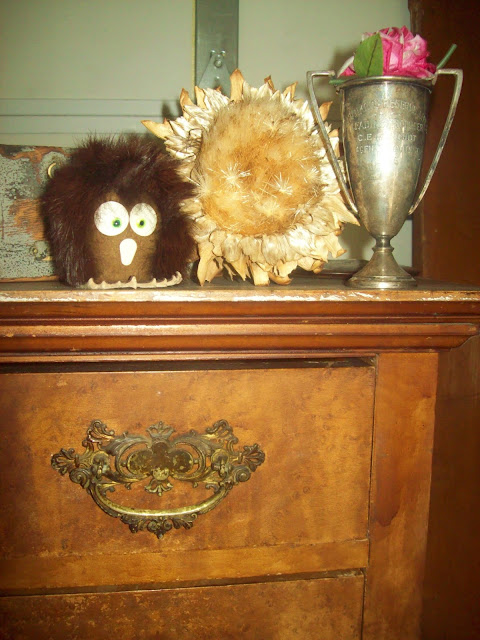 The Man and I finally needed some perishable Grocery Stuff {ie: Outta Milk!} and he insisted on going for the Joy Ride with me, since he claims if I must risk Dying to get us Food, he's screwed anyway if my Luck runs out. *LOL*  While Princess T Opted Out this time around and said she was Sleeping the Day away again instead.  Guess she's feeling less inclined to want to risk Dying Young, than she previously did while saying we might as well all risk Dying Together?!  *LMAO*  She Darkly jokes that people are now Adopting every Stray Dog and Cat at the Pound out of Pity, so she could mebbe invoke that reaction in Humans to Adopt her again, if Heaven Forbid, the Virus takes her Grandparents out and she's a Virus Orphan?!  Yeah, she's got the twisted Gallow's Humor like us to Cope with this new Vida Loca.

So, which Grocery Store are we going to?", The Man inquires, as he Curiously sees me driving further and further outside of the City Limits and into the Agricultural Areas surrounding them.   You see, every Grocery Store for Miles within the City Limits has packed Parking Lots like it's the new form of Entertainment during Times of Pandemic!  *Le Sigh*  So I avoid them too, at any Hour, if and when I can, it's a breeding ground for Virus when there's Crowds like that and defeats our Sacrifice of Sheltering In Place and Voluntary Isolation.   So, I get Creative and extremely Adaptive my Friends, Scheming to get what I Need.  And The Man now beginning to talk about Hunting what we Need to Eat is a Scarier Thought than braving the Stores and evading The Virus! Brain Damaged Old Veteran Marine Sniper with Tree Hugger Hippie Wife that doesn't eat Meat and Loves all Animals goes Hunting... I don't think so! *LOL* 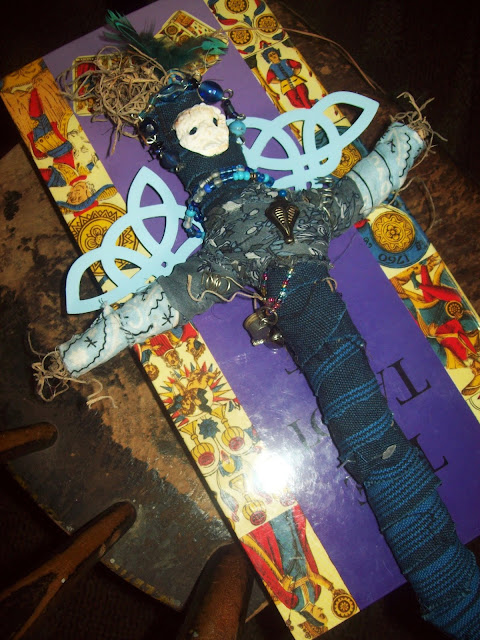 And I'm tipping you off in The Land of Blog, because I Love you guys... that in the more Rural Parts surrounding the City of Phoenix and all it's numerous Sister Cities that blend into it, the more obscure Convenience Stores have almost EVERYTHING you'd ever Need during a Pandemic, with no Limits Rationing it AND Yes, they have Liquor... Win-Win! *Shhhhhh, keep it on the Down Low!*  Yeah, they have Signs up to Social Distance and stand 6 Feet from the only other Customer in their Shop, but... basically, you got the whole place to yourself and the Clerk(s).  Turnaround is efficient, which is why they call them Convenience Stores, so you are in and out, Hopefully before a Virus Spore {or whatever they are} attaches to you and hitchhikes Home with ya unawares?!? 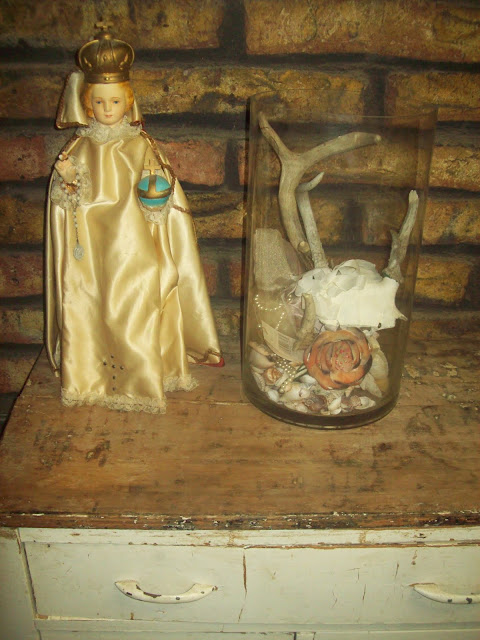 I had Mask and Gloves on like mebbe I was gonna rob the place and leave no trace evidence, I haven't been able to wear a Bra either since The Senior Fall, due to The Jacked Up Shoulder.  Yeah, I was quite The Vision folks!  *LMAO* And The Man was rather looking like one of those Homeless Disabled Veterans you see begging with the Sign on the Off Ramp of the Freeway!  *Bwahahaha!* So, we were quite The Pair!  I'm sure these Clerks now see worse during the Times of Pandemic.  Since many folks I've seen walking around like it's the Zombie Apocalypse, are actually wearing their Pajama Bottoms and House Slippers in Public now, as they dash out because they ate all the Quarantine Snacks already!  So Ghetto... it's like EVERYWHERE now looks like The People Of Walmart Memes or a 2020 version of 'Mad Max', and nobody really Cares anymore as they Scour the Landscape for Rations to Survive this!  *Bwahahaha!* 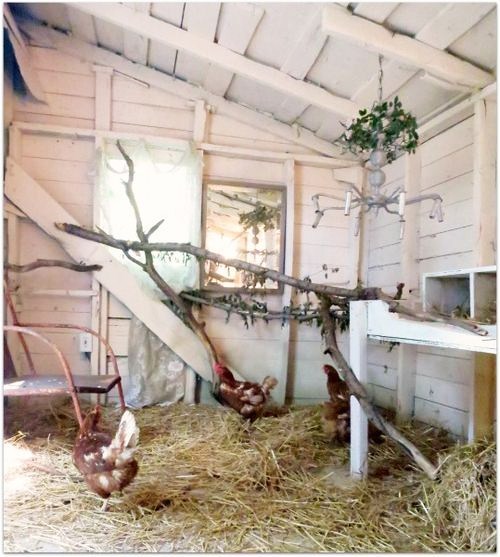 With our Two Gallons of Milk in Hand, my Coke Zero and Princess T's Dr. Pepper, lest we go thru Caffeine Withdrawal, which is hideous lemme tell ya... and some Takis Fuego, since she can't live without those either... we headed back to Forever Boheme'!  Everything else to eat or drink we have enough Frozen or in the Non-Perishable Pantry to ride it out for a while. Except mebbe Eggs, which you can't find anywhere anyway, are Rationed to One Dozen when you can locate some... and don't Freeze... even in Rural parts they're Rationing them like they're Golden Eggs.  I'm Fantasizing lately about Stealing a Laying Chicken, that might 'accidentally' get out of a surrounding Mini Farm and just happen to wanna live here instead... only I have zero knowledge of Raising Chickens and I'm no Thief, so it shall remain a Fantasy I indulge in!   But I sure could Pimp Out a Coop... I'm certain!  *LMAO* 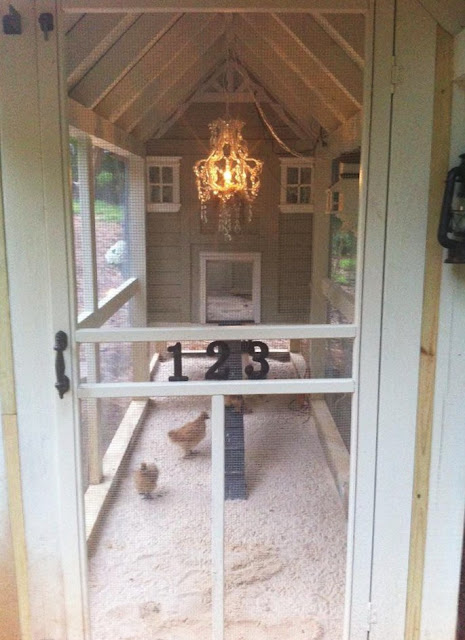 Blessings, Love, Light, Be Well and Stay Safe my Friends... Dawn... The Bohemian
Posted by Bohemian at 12:00 AM